Despite advances in understanding of Alzheimer’s disease (AD) biology, there are no disease-modifying treatments or preventions. The cost to the U.S. government is more than $200 billion a year (AD is the nation’s third most expensive disease). The financial costs, of course, do not include the enormous personal tragedy of AD for patients and their families, for which no cost can be assigned. Despite decades of research, the development of disease-modifying therapies has been difficult to achieve. Nonetheless, Biogen’s aducanumab became the first new AD drug approved in the United States since 2003. Aducanumab clears a toxic form of amyloid beta (Aβ) and has opened a new era of therapy for AD. However, treatment of AD will require therapy that targets multiple pathways, and a combination of drugs will ultimately be required to control the disease. Emerging evidence shows that homeostatic dysregulation of the brain’s immune system, which is orchestrated by microglia, plays a significant role in the onset and progression of AD. General Biophysics recently identified homeostatic (M0) microglia and neurodegenerative microglia (MGnD), also called disease-associated microglia (DAM), that are regulated by the reciprocal suppression of transforming growth factor beta (TGFβ) and induction of apolipoprotein E (APOE) signaling in different neurodegenerative models including AD. The company showed that these MGnD are cytotoxic in multiple sclerosis (MS), amyotrophic lateral sclerosis (ALS), and AD. However, the major question is how to restore the M0 microglia phenotype and function to treat AD. Restoring functional M0microglia in the brain of AD patients is an unmet need. 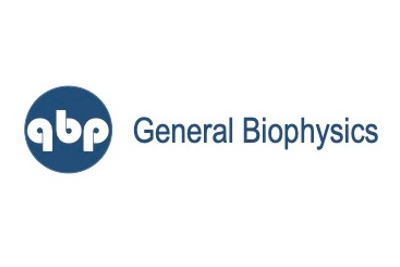 The company’s product is a device-drug combination of xenon gas mixture and inhalation system, which will address an unmet need at multiple stakeholder levels: a safe treatment that modulates microglia and inhibits neuroinflammation in a known and controllable fashion, treatment to restore a microglia-protective phenotype and reduce brain neuroinflammation, xenon inhalation in combination with TSPO PET imaging analysis of myeloid cells in patient blood being used as a biomarker of microglial phenotype and providing the ability to assess and monitor target engagement, and the intervention perhaps ultimately being given in an outpatient facility or at home by caregivers, thereby reducing the burden to the health care system and being embraced by multiple stakeholders, including patients, clinicians, and payers. The expected benefit is that MGnD modulation will lead to slowing disease progression and cognitive decline.

Approximately 6 million Americans and more than 30 million people worldwide have either clinical AD or mild cognitive impairment due to AD. As the population ages, the U.S. numbers are expected to grow to 7.7 million by 2030 and approximately 16 million by 2050.

General Biophysics demonstrated that xenon inhalation treatment modulates microglia and reduces Aβ in animal AD models, and it established an optimal xenon dose. Xenon is a biologically active noble gas used as an anesthetic in some countries. Xenon treatment has been shown to have an excellent clinical safety profile. Xenon crosses the blood-brain barrier and can act on CNS microglia. In the cellular membranes, xenon influences N-methyl-D-aspartate (NMDA) signaling and oxidative phosphorylation in microglia. Xenon gas treatment can be a platform to modulate microglia in neurodegenerative diseases, including secondary progressive MS and ALS.

General Biophysics was founded in 2017 and raised approximately $700,000 from its owner and NIH. This funding has enabled the company to generate pre-clinical data, protect intellectual property (IP), and prepare for a pre-IND FDA meeting. Currently, General Biophysics is pursuing non-dilutive funding, which should make generating first-in-human data from a Phase 1 clinical trial possible. After that, the company plans to raise Series A funding to prepare and complete the Phase 2 clinical trial and to develop additional therapeutic applications, such as for MS and ALS.

The primary goal of General Biophysics’ current efforts is to bring this technology for evaluation in human patients. The regulatory path is based on the evaluation of two major aspects of the technology: the safety of multidose inhalation for AD patients and clinical efficacy for AD. General Biophysics’ regulatory strategy consists of filing the nondisclosure agreement (NDA) with the FDA and receiving approval for a Phase 1 in-human study with the primary outcome being to evaluate safety and measure efficacy markers that the company established for microglia in xenon treatment in early AD patients.