It is estimated that one in six people worldwide will experience a stroke, with 50% to 70% experiencing chronic movement impairment. While intensive rehabilitation reduces movement impairment, most individuals do not receive enough movement practice to recover to their full potential. Home therapy programs could increase the dose of therapy that individuals receive, but the current standard of care — following printed sheets of exercises — is associated with poor compliance and low outcomes. 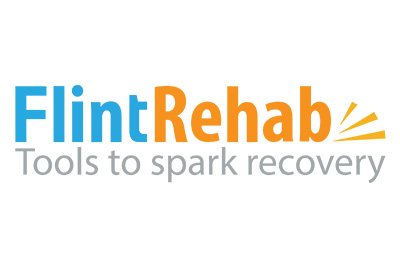 Flint Rehabilitation Devices (FlintRehab) has developed a suite of neurorehabilitation devices that empower individuals to regain movement in their hands, arms, and lower extremities from home. FlintRehab’s commercially available devices include FitMi and MusicGlove.

FitMi is the first neurorehabilitation device that enables a patient to safely perform therapy exercises for their full body at home. Patients use two sensorized controllers to complete prescribed exercises in a therapy-based computer app.

MusicGlove is a neurorehabilitation device intended to promote recovery of the fingers and hands. Patients perform exercises using a sensorized glove along to a music-based therapy app.

The Centers for Disease Control and Prevention reports that each year in the United States, approximately 795,000 people have a stroke. About 610,000 of these are first or new strokes. There are 7 million people in the United States who have survived a stroke, 50% of whom have long-term motor impairment, resulting in a market size of more than 3.5 million people. In the United States, the direct cost of patient care after stroke is $25 billion, and this cost is expected to increase to $54 billion by 2030.

The majority of companies in the neurorehabilitation space have focused on developing expensive ($50,000+) devices that must be operated by physical and occupational therapists. Though they provide utility in the first weeks or months after stroke, these technologies fail to address the long-term motor deficits that stroke survivors continue to have after their therapy visits have ended. The most common forms of at-home rehab — printed sheets of exercises — have notoriously low rates of compliance and do not provide the intensity and dose needed to see meaningful changes in movement ability. FlintRehab has developed gamified neurorehabilitation devices that deliver safe, clinically effective, and affordable therapy from the comfort of the patient’s home.

FlintRehab has raised more than $8 million through NIH and Department of Defense SBIR awards.

The company continues to accelerate revenue growth by reinvesting profits from product sales and is competing for several NIH awards to continue development and validation of high-risk, high-reward technologies in the aging and rehab space.

FlintRehab has a total of 13 U.S. patents issued or pending covering both of its existing commercial products (FitMi and MusicGlove), along with a pipeline of devices in the neurorehab and orthopedic rehab space.

FitMi and MusicGlove are Class 1 registered FDA devices. Other devices in FlintRehab’s pipeline are Class 2 devices that require 510(k) approval.

Through an inbound marketing strategy involving in-house content writers who specialize in SEO, FlintRehab has created a leading stroke blog, with more than 3 million annual organic website visitors, 45% of whom are international. Using a traditional consumer product content marketing funnel, FlintRehab markets FitMi and MusicGlove to this audience, selling 80% of the company’s products directly on FlintRehab’s website. The remaining 20% of sales are generated from international distributors and rehabilitation facilities. FlintRehab also leverages this existing captive audience to successfully bring new products from its research and development pipeline to market.