Nearly every minute, someone in America transitions from normal aging, where they occasionally experience “senior moments,” to a condition where memory loss becomes an everyday part of life. This condition is known as amnestic mild cognitive impairment (aMCI), the symptomatic, pre-dementia stage of Alzheimer’s disease (AD). There are currently no treatments for aMCI, and patients face the prognosis of progressing to Alzheimer’s dementia within 7 to 10 years. 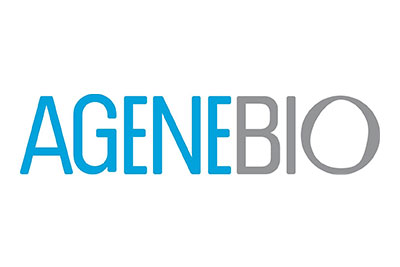 AgeneBio’s therapeutic programs build on the scientific discovery that memory loss in elderly patients is associated with excess neural activity in the hippocampus. A growing body of scientific evidence indicates that excess hippocampal activity causes symptomatic memory impairment and drives the accumulation and spread of amyloid and tau pathology, causing progression to clinical dementia. In Phase 2a testing, AgeneBio’s lead asset, AGB101, normalized excess hippocampal activity and improved memory performance in patients with aMCI. In the current Phase 2b study, AGB101 treatment is being studied in a 78-week protocol, using clinical/cognitive endpoints acceptable by the U.S. Food and Drug Administration (FDA) for registration.

Today, more than 5 million Americans and 25 million people globally suffer from aMCI, and this population will more than double by 2050. AD currently costs Medicare and Medicaid $150 billion in direct medical costs, and the annual cost is expected to exceed $1 trillion by 2050. Data from the Alzheimer’s Association Trajectory Report suggests that a five-year delay in onset of Alzheimer’s dementia would reduce dementia prevalence by more than 40%; even a one-year delay would reduce it by 10%.

As a small molecule in a once-a-day pill, de-risked for safety, AGB101 is a practical and affordable therapeutic compared with biologics under investigation. AgeneBio, with the expertise of a highly experienced team, has advanced a novel therapeutic approach to target aberrantly heightened neural activity, an approach now solidly grounded in both preclinical and clinical research that could offer success in the area of AD prevention.

To date, AgeneBio has raised $40 million in non-dilutive funds and $20 million in equity investment funds. An additional $10 million of current financing is being raised to fully fund all activities toward the milestones of Phase 2b completion and IND approval for the GABA PAM program in 2022. The company has ongoing communications with members of industry on partnering (co-development of the GABA program and licensing of AGB101 for Phase 3 commercialization beyond 2022). 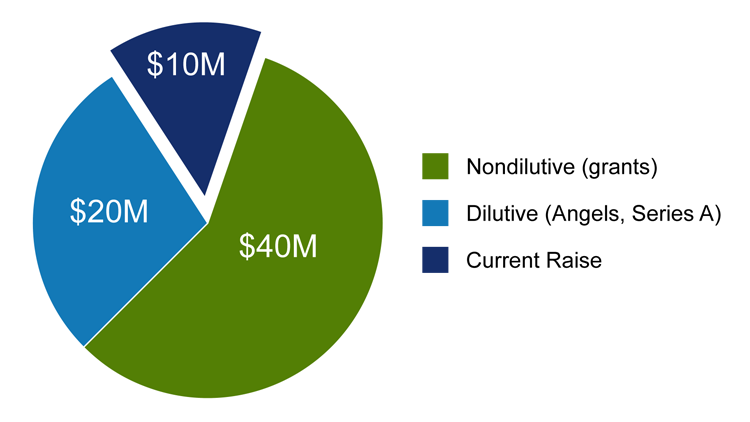 AgeneBio’s AGB101 program has IP allowances in major markets for indication, formulation, and exposure with a once-a-day medication.

The company’s AGB473 program establishes a class patent allowance on use of GABA-A α5 PAMs in treatment for cognition and multiple U.S. and worldwide new chemical exclusivity (NCE) patents across multiple structural series.

AgeneBio has paved the way for clinical development in treating patients with prodromal AD/aMCI, a phase of the disease that has attracted increasing interest in the Alzheimer’s field. In developing a clinical stage program, AgeneBio had meetings with the FDA in 2012, 2014, and 2016. In the discussion in 2012, when no FDA guidance was available, AgeneBio focused on evidence for the use of the Clinical Dementia Rating Scale Sum of Boxes (CDRsb) as a suitable endpoint for efficacy. Kosauer and Katz (2013), cited the CDRsb as a potential sole primary endpoint that could be considered by the FDA. This opinion was confirmed during AgeneBio’s 2014 FDA meeting. At the end-of-Phase-2 meeting in 2016, the FDA agreed on AgeneBio’s use of CDRsb as the sole primary measure for efficacy in the protocol for Phase 3 development of AGB101. This endpoint is currently being employed in the company’s Phase 2b trial and by multiple large pharma/biotech companies as a sole primary endpoint in Phase 3 clinical trials including aMCI patients.

Based on independent market research and commercial projections, the U.S. revenue opportunity for AGB101 is in the multiple billions, and markets outside the U.S. are considered to be of equal or greater potential. AgeneBio has a commercialization plan, projecting competitive pricing on a per-day basis to ensure widespread patient access to medicine. AgeneBio’s preferred commercial strategy is to enter pharmaceutical corporate partnership agreements under which the company will license AGB101 product rights for manufacture and distribution in major and secondary world markets, obtain approval, and launch milestone payments and royalties on sales.