The Division of Neuroscience launched the ADCS in 1991 to facilitate the testing of new drugs for the treatment of Alzheimer's disease, particularly drugs that might not otherwise be tested by industry. A consortium of academic medical centers and clinics collaborating on the development of Alzheimer’s treatments and diagnostic tools, the ADCS is coordinated by the University of California, San Diego under an NIA cooperative agreement. Made up of more than 70 research sites in the United States and Canada, the ADCS investigates promising interventions. In January 2013, the NIA renewed its support of the effort for the next 5 years.

ADCS clinical trials focus on interventions that may benefit people across the disease spectrum, from the detection of Alzheimer’s-related brain changes in people free of symptoms to the treatment of agitation in people with Alzheimer’s dementia. This includes the testing of:

In addition to testing new therapies, the ADCS develops new evaluation instruments for clinical trials and innovative approaches to Alzheimer’s disease clinical trial design and analysis. The ADCS emphasizes collaboration and data sharing among its partner sites and with other research institutions.

A major component of the Division of Neuroscience’s Alzheimer’s Disease Translational Research Program, the ADCS is seeding drug development and increasing the number of promising therapies tested in people at the earliest stages of the disease, when treatment may be most effective.  To date, the ADCS has conducted 30 studies (23 drug trials and seven instrument development studies). It also provides infrastructure support to other NIA-funded clinical efforts, such as the Alzheimer’s Disease Neuroimaging Initiative (ADNI) and Dominantly Inherited Alzheimer Network (DIAN).

For more information about the ADCS, including currently recruiting clinical trials, visit www.adcs.org. 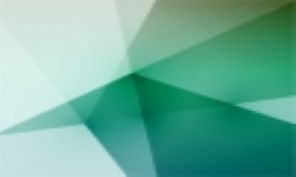