Age-specific risk of dementia in the U.S. has declined over the past 2 decades

This work compares the prevalence of dementia in the U.S. in two time periods by using nationally representative data from the Health and Retirement Study (HRS) from individuals aged 65+ in the 2000 and 2012 waves. The 2012 cohort had significantly more years of education (i.e., those with <12 years of education encompassed 32.6% of those in the 2000 sample compared to 20.6% in 2012). This work showed a significant decrease in the proportion of persons aged 65+ with dementia between 2000 (11.6%) compared to 2012 (8.8%). This work validates that increases in educational attainment serves as a buffer for who gets dementia. The results align with what has been reported in prior studies supporting the notion of "cognitive reserve," the direct effect on brain development and function resulting from lifelong education. The decline in age-specific risk for dementia has important implications for public health and public policy, owing to increased levels of education as well as better control of key cardiovascular risks (such as diabetes and hypertension) that contribute to the prevalence of dementia. Despite these strides, the full set of social, behavioral, and medical factors contributing to this improvement is still unclear. 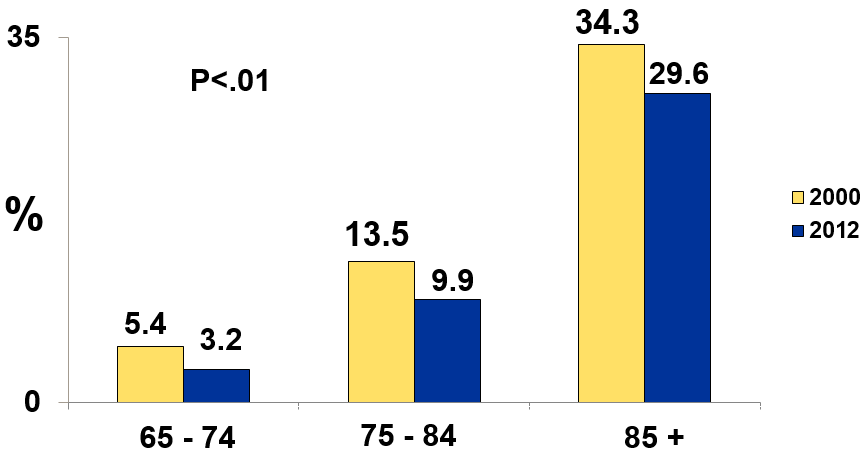