NIA's ITP is a multi-institutional study investigating treatments with the potential to extend lifespan and delay disease and dysfunction in mice. Such treatments include:

Priority consideration will be given to the treatments that are easily obtainable, reasonably priced, and can be delivered in the diet (preferred) or water. Interventions that require labor intensive forms of administration, such as daily injections or gavage, are not feasible within the design of the ITP.

Although the testing is performed at the University of Michigan, the Jackson Laboratories, and the University of Texas Health Sciences Center at San Antonio, the project is designed to involve collaborations with investigators at any university, institute, or other organization that has ideas about pharmacological interventions that might decelerate aging and wishes to test these in a lifespan study of mice. An introduction to the logic and rationale for the ITP can be found in Warner, et al. (Mechanisms of Ageing and Development, 115: 199–207, 2000). It is likely that the ITP will accept 3–5 different interventions for testing each year.

The ITP invites scientists to recommend interventions they believe are worth testing. Each intervention has a "sponsor," whose responsibilities include:

It is imperative that sponsors provide firm recommendations on bullets 2 through 5. The ITP is depending on the involvement of the sponsor, the expert in that particular field, to help finalize the testing protocol. See suggestions for developing interventions proposals that meet the needs of the ITP review process and protocol design.

If the intervention is selected for inclusion in the ITP study, its sponsor will be asked to help analyze the resulting data set and to participate in the preparation of coauthored publications. The testing protocol should provide sufficient statistical power to detect lifespan increases (or decreases) in the 10–15 percent range. In addition, compounds are tested to determine if they have effects on a range of late-life traits, potentially including studies of immune function, hormonal and metabolic profiles, and behavioral outcomes.

Because a major goal of the project is to provide critical tests of anti-aging approaches, all data are published, including negative results (e.g., a particular agent lacks efficacy or has toxic side effects). In addition, the multisite strategy provides replication for any agent that decelerates aging or inhibits late-life diseases in mice. The multisite strategy would initiate further investigation of the intervention(s) and their congeners. For additional information, see Frequently Asked Questions.

To propose interventions for testing, use the ITP Application Form for Sponsors of Longevity Intervention Proposals. Submit the completed application as a Word document via email to Dr. Francesca Macchiarini (Francesca.Macchiarini@nih.gov) and include CV or NIH Biosketch. All nominations will be reviewed by the Access Panel and prioritized by the Steering Committee.

Tables of various compounds in testing are available.

The NIA's Intervention Testing Program (ITP) is launching a new Collaborative Interactions Program (CIP) to facilitate research by multiple laboratories on drugs that may retard aspects of aging and increase healthy lifespan in mice.

Papers from the Interventions Testing Program

A list of papers resulting from ITP testing is available.

Positive Findings from the ITP

As of Cohort 10, C2014, 7 compounds have shown significant extension of median lifespan: 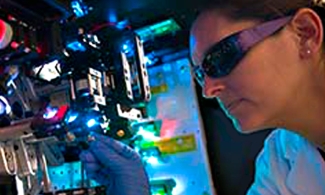 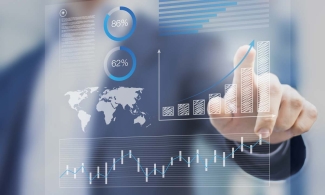