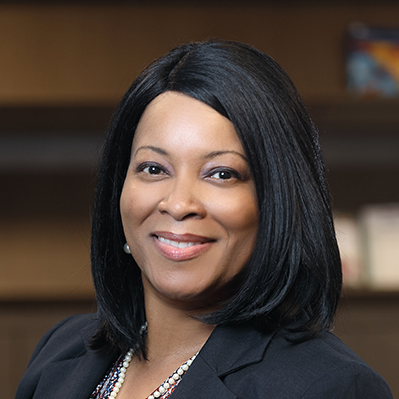 As promised in our September blog on increasing diversity in the scientific workforce, it’s time to take a closer look at some examples of real-world research NIA supports to analyze and address health disparities. This focus has become even more urgent since early 2020 when equity gaps based on race or ethnicity as well as socioeconomic status (SES) were widened by the COVID-19 pandemic and related economic trends.

Health disparities are differences among populations that can be prevented and are driven by several determinants such as race and ethnicity, age, SES, disability status, geography, education, and sexual and gender identity. Since 2015, NIA has awarded more than $250 million in research awards to explore and address determinants of health disparities related to aging.

Reexamining data from past studies can uncover valuable insights into health disparities. Several such findings have emerged from the Study of Women’s Health Across the Nation (SWAN), a longitudinal look at the impact of midlife and menopause. With support from NIA’s Division of Geriatrics and Clinical Gerontology, scientists have used SWAN data to uncover racial and ethnic disparities in sleep duration and quality, and in statin use among women who could benefit from those drugs.

Disparities in mortality rates on the rise

NIA emphasizes the importance of interdisciplinary research to target multiple factors that have contributed to inequities in mortality rates among Americans. Through its Division of Behavioral and Social Research (DBSR), NIA commissioned a National Academies of Science and Engineering report released earlier this year. It found a rise in drug- and alcohol-related deaths and suicides that began in the 1990s. The analysis also found that Blacks and American Indians have consistently experienced much higher mortality than other racial or ethnic groups.

There was also a socioeconomic contribution, with mortality disparities widening substantially among working-age whites at different SES levels, and also among Black adults at different SES levels. The authors emphasize that explaining this mortality spike is not easy or linear, citing several worsening health trends across America — including those based on race and education levels — that have amplified long-standing disparities in mortality.

Diversity in the microbiome and Alzheimer’s risk genes

NIA’s Division of Aging Biology (DAB) aims to expand its focus on and support for health disparities research, including through the Nathan Shock Centers and a forthcoming seminar series in fiscal year 2023. NIA supports the examination of the convergence of basic biological and social determinants of aging outcomes, in areas such as how social and environmental factors influence the microbiome and its effect on inflammation and healthy aging. There are emerging collaborations between DAB and DBSR to support this part of NIA’s mission.

In addition, led by its Division of Neuroscience (DN), NIA works to better understand racial and ethnic differences in Alzheimer’s disease and related dementias risk, which for African Americans is nearly twice that of non-Hispanic whites. Despite this disparity, most large genetic studies on Alzheimer’s risk have been conducted on non-Hispanic white individuals. DN is supporting research to identify several novel DNA regions, or loci, unique to African Americans with Alzheimer’s, to highlight future precision medicine pathways.

Connect with us to help find solutions

We’re eager to help interested research teams get more involved in the many facets of health disparities research and to encourage diversity among the scientific workforce striving to address them. Our goal is not only to identify health disparities, but also to discover strategies to reduce them by testing interventions in real-world settings, systems, and communities, and finding ways to adopt, implement, and maintain evidence-based solutions.

NIA is also working to enhance diversity among researchers and study participants while improving researchers’ ability to proactively monitor and correct recruitment and retention efforts to help increase the inclusion of historically underrepresented populations. We also see value in researchers adapting and applying lessons learned and strategies from other scientific fields to avoid duplication while advancing and informing aging research studies.

Please contact your program officer, review the NIA Health Disparities Research Framework, or visit the NIA Office of Special Populations webpage to learn more about opportunities in your field. Together, we can better understand the barriers to reducing health disparities and advancing health equity as we continue making strides toward helping all older adults thrive.