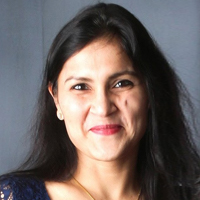 Since the National Alzheimer’s Project Act was signed into law, NIA has received significant increases in funding for research on Alzheimer’s disease (AD) and AD-related dementias (ADRD). The additional funding has enabled us to pursue diverse scientific avenues toward achieving the National Plan goal of preventing and effectively treating Alzheimer’s by 2025. As we’ve expanded our scientific reach, we’ve also sought to increase the number and diversity of talented researchers in the AD/ADRD field.

NIA recognizes the importance not only of retaining existing talent, but also of attracting established researchers from other disciplines to help bring new perspectives to the complex challenges of AD/ADRD research. To help achieve this goal, we have issued multiple funding opportunity announcements, set more generous pay lines, and invited investigators funded by other NIH Institutes or Centers for non-AD research to apply for AD/ADRD-relevant supplemental funding.

To determine if this enhanced funding enriched the existing AD/ADRD workforce, a team of my colleagues and I analyzed the data on researchers who had received one or more NIH R01 grants focusing on AD/ADRD during fiscal years 2015 through 2018. Our results were published in a Gerontologist article entitled Attracting New Investigators to Alzheimer's Disease Research: Outcomes of Increased Funding and Outreach.

During fiscal years 2015 to 2018, we saw a steady yearly increase in the number of AD/ADRD awardees who received R01 awards. We were delighted to see that 29% of the awardees were NI/ESI, meaning this was their first R01 equivalent award. Thirty-eight percent were NTF, meaning they did not have nor had they applied for a prior AD/ADRD grant from NIH. Among these NTFs, 41% were new investigators and 59% were established investigators in other fields.

We also analyzed all of the AD/ADRD research areas funded from 2015-2018, regardless of whether the grantee was NTF or established, based on the eight International Alzheimer's and Related Dementias Research Portfolio (IADRP) categories. We aimed to assess the distribution of projects to determine whether there were areas of opportunity for researchers new to the AD/ADRD field. For the three-year period, we found a couple of areas that were identified as high priority for which there were relatively fewer projects — for example less than 7% of projects focused on dementia care, and less than 1% on health disparities.

So, what does this mean for you? We strongly encourage our readers who are not established AD/ADRD researchers but are interested in AD/ADRD research to consider submitting applications — whether you are a new or established investigator. You can visit the NIA website to find active funding opportunity announcements. We also welcome your comments and suggestions below!

I am new to the AD research field. I have received supplement NIH grants to study BMPR2 inhibitors as a means to promote neurogenesis. We have developed a series of BMP inhibitors to cross the blood brain barrier. We would like to extend this research into an R01 or other NIH funding. I would like to know what is the best mechanism of funding is best for our team to apply for.