Exploring the unexpected: What can we learn from lucidity in dementia?
September 11, 2019 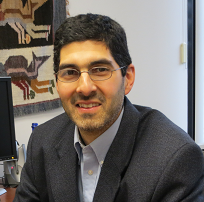 You may remember this well-known story of how the Post-it® note was invented. Back in the 1960s, a scientist at the 3M corporation was trying to develop a stronger adhesive. One of his attempts turned up just the opposite: a weak adhesive that was easily removable. That discovery went unnoticed until a fellow 3M scientist and choir singer found the adhesive perfect for marking the pages of his hymn book.

We are experiencing a Post-it® moment in dementia research given that a phenomenon that does not fit our conceptions is generating new interest. A number of case reports refer to an unexpected return of mental clarity in individuals with longstanding dementia or other neuropsychiatric conditions. It’s been called “paradoxical lucidity” due to its puzzling nature, or “terminal lucidity” because it seems to occur at the end of life.

From what we know so far, paradoxical lucidity is a transient event, typically lasting no more than several hours. We don’t know how often it happens, but we suspect it occurs more frequently than we think. How it happens is anyone’s guess.

Paradoxical lucidity is the kind of phenomenon that can reshape our views of cognitive impairment and dementia if we can understand more about it. We may also expand our understanding about consciousness and personhood in people with dementia, which could affect the way we care for them. And understanding paradoxical lucidity better could help caregivers contend with the ethical and decision-making concerns that can arise after witnessing a lucid episode.

An opportunity to explore the paradox

Last summer, NIA sponsored a “Paradoxical Lucidity in Late-Stage Dementia” workshop. We convened experts in neuroscience, geriatrics, nursing, psychiatry, computational linguistics, measurement science, and other fields to discuss the available scientific evidence and identify research questions to advance the study of lucidity in people with dementia. A paper that emerged from the workshop’s discussions was published in Alzheimer’s & Dementia in August 2019, along with our perspective.

As a next step, NIA released two “Lucidity in Dementia” funding opportunity announcements: RFA-AG-20-016 (R21) and RFA-AG-20-017 (R21/R33). Applications are due by February 3, 2020. You can learn more about this initiative on our pre-application information page, which includes an archived webinar and other guidance for prospective applicants.

We expect that this funding initiative will advance the nascent science of lucidity in dementia through rigorous and systematic studies. We recognize there will be challenges to this kind of research, which is why we’re providing some set-aside funds and special peer review.

If you have a study in mind or if you have any other questions about this funding opportunity, we want to hear from you! Either email Dr. Eldadah or leave a comment below.

I would love to do qualitative research for this subject. I experienced this frequently with my mom who had dementia.

Any published general or systematic review on the subject?