The Healthy Cognitive Aging Project: A major data resource for cognitive epidemiology
May 08, 2019 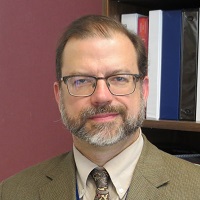 Anybody who has ever loved, lived with, or cared for a person with Alzheimer's disease or its related dementias knows that its effects are multifaceted, complex, and often difficult to predict. That’s why NIA's longitudinal aging studies are so important—they can provide prospective data on these as-yet incompletely understood points. This week, we are proud to announce the first public release of data from the Healthy Cognitive Aging Project (HCAP), a nationally representative study that will help shed light on how and when cognitive decline progresses in older adults.

The history of HCAP

Five years ago, NIA decided to support a bold effort to take its largest, widest ranging, and most representative cohort study and collect much richer cognitive data on a random subsample of U.S. adults at greatest risk for dementia (those over the age of 65). The idea was that this expansion could, in principle, provide us with population-level information about not only the prevalence of Alzheimer’s disease and related dementias, but also the relationship between cognitive impairment and thousands of other observations, including clinical, behavioral, social, and healthcare factors collected on the same individual over the course of decades.

The study we chose to enrich with additional cognitive data was the Health and Retirement Study (HRS), a population-representative longitudinal survey of more than 20,000 older adults admitted to the study in their early 50s and followed up every 2 years until the end of their lives. It’s worth noting that the majority of HRS participants have consented to be genotyped, given us blood samples from which a vast array of biomarkers can be measured, and consented to Medicare claims records linkages.

To collect the new data on a subset of HRS participants, we designed a testing battery called the Harmonized Cognitive Assessment Protocol, which included key neuropsychological measures that are widely used in other studies of dementia. Because of the extensive cross-referencing between these studies and longitudinal cognitive data already collected in the HRS, the protocol can and will be used to better understand a huge variety of risk factors for Alzheimer’s disease and related dementias as well as the behavioral, social, and medical consequences of dementia in a representative U.S. population.

In recent years, a growing number of international studies (in countries including Mexico, England, China, and India) that parallel the form and content of the HRS have administered a translated and adapted version of the Harmonized Cognitive Assessment Protocol. This now-global consortium of studies has been dubbed the Healthy Cognitive Aging Project, or HCAP for short.

We are honored to have the participants in these studies enrich our knowledge of Alzheimer’s and related dementias, and we’re excited to begin making more meaningful international comparisons of variables and outcomes related to these diseases. When field work is complete, data from more than 20,000 participants, from countries including over half of the world's population, will be freely available to researchers.

The first public data releases of HCAP for the United States and Mexico have been made, with data releases for all other funded international HCAP studies to follow during the next 3 years. Be aware that use of sensitive data linked to respondents, including biomarker and genotype data, requires registering for an additional license (Data Access Use Agreement).

We are quite pleased to see this expansion and evolution of HCAP and hope the data is a valuable resource for your research. Please comment below with your thoughts or questions and stay tuned for a future blog post on how to start using the public, sensitive, and restricted data from HRS and HCAP.

What an amazing data resource! Thank you. Is there a link to request the data?

You can request the data by following the instructions to access our sensitive health data here: http://hrsonline.isr.umich.edu/index.php?p=healthdat#access

Thank you for your interest!

Great news! I want to know details on the data access use agreement.

Please email us at hrsquestions@umich.edu for more information!

The public more than ever before are wanting sound research based evidence to inform lifestyle and how we live out lives.
Information from Studies like this need to be put in the public domain to inform lifestyle choices.
Epigenetics is a growing field.
People need information to give them choices on how to influence their genes.

My other point is from research there needs to be information disseminated in real life understandable language.
Work needs to be done to translate from research into real life language what the results are and what they mean and how we as the public can action .
I look forward to hearing more

fantastic news!
Was sleep analysis a part of the study? I'm very interested in how sleep architecture predicts AD...and if this study might shed some light.

For this study, the only sleep-related question we asked select respondents about whether or not their past week of sleep was restless (see the codebook here: http://hrsonline.isr.umich.edu/modules/meta/hcap/2016/codebook/hc16_00…). This study, however, is a substudy of the Health and Retirement Study, and we ask more questions about sleep there. Searching our question concordance will help give you a good idea of what you can find: https://hrs.isr.umich.edu/documentation/question-concordance

Please email hrsquestions@umich.edu if you have further questions!

As a committed investigator of cognitive aging (and related pathologies, such as MCI and dementia), I applaud your efforts to make the valuable database of HCAP accessible to interested investigators. As you expand your efforts on HCAP data collection, I would like to urge you to consider the addition of some key physiological variables that pertain to the cardiovascular, respiratory and metabolic systems. As the recipient of a major recent NIH award to investigate the connection between dementia and cerebrovascular dysregulation, I have a strong interest in exploring all possible evidence (including clinical, behavioral, social and genetic) that may elucidate the complex etiology of cognitive aging and dementia with a particular focus on lifestyle aspects affecting cerebral blood flow.

I'm very interested whether the data includes effects of muscle tone and or strength training exercise to dementia.

We did ask questions about exercise of select respondents (see codebook: http://hrsonline.isr.umich.edu/modules/meta/hcap/2016/codebook/hc16hp_i…), but that's about the extent of my knowledge. Please email hrsquestions@umich.edu for more detailed information!

HCAP is a terrific resource that is incredibly valuable to the growing number of aging people in the US and around the world. Cudos for your leadership!

HCAP certainly is promising data. However, with any data, access is just one issue. Another issue which may be bigger barrier to use is the expertise required to master/use the dataset for meaningful research questions. In my experience for junior researchers or first time users of any data, it is better to work with a senior researcher who may be an expert, who would be willing to work with a junior. I can't emphasize the importance of having mentors/senior researchers who would be willing to tag a junior to their existing projects. Are there mentors out there who may be open to having a junior researcher work with them? And if so, how we find them or reach out to them?