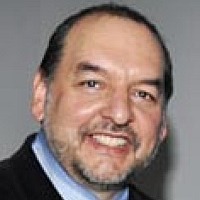 Although knowledge of Alzheimer’s biology has advanced tremendously during the past three decades, many efforts to develop effective drugs or treatments have been unsuccessful. So, while we have been able to cure the disease in mouse models of the disease, we have not been able to translate these advances to humans.

Recent work focused on improving mouse models of the sporadic, late-onset form of the disease through the use of genetic editing has succeeded in replicating the pathologies of plaques and tangles but has fallen short of recreating other relevant aspects of human disease. That’s why NIA is exploring additional animal models to expand our research resources. (See for example this recent finding: Better mouse model built to enable precision-medicine research for Alzheimer's.)

There is a critical need for alternative animal models that naturally develop diseases commonly observed in humans and can be more appropriate for studying such diseases. In order to explore this issue, NIA organized a workshop last Fall that showcased some new and unconventional options for animal models of Alzheimer’s.

Among the several natural models that don’t need to be manipulated, the marmoset stood out as both unique and promising. Native of South America, marmosets are evolutionarily close to humans, with similar brain structure, immune systems, cognitive abilities and social behaviors. They also naturally show age-related changes and pathologies that have been linked to Alzheimer’s.

Marmosets also have advantages in economics and scale. Similar in size to squirrels, they are smaller than most monkey species, and their lifespan and reproductive biology allow for large-scale and rapid preclinical experiments. The natural life-cycle for marmosets is around six years, compared to 20 for rhesus monkeys, which would allow for much faster study results.

Previous work has shown that marmosets can perform a computer tablet-based visual working memory test. Development of a robust research platform and toolbox is already underway for marmoset models, including gene-editing and new methods to analyze brain, neurophysiological, and cognitive functions.

We hope that scientists can continue building on the workshop’s progress to address immediate needs; build a framework for shared knowledge and resources; and work to support new or early career investigators interested in expanding the range of animal model paradigms.

Stay tuned, a wave of future funding on the horizon

So what does this all mean for you, our scientific community? The bottom-line message is that there may be great promise for the humble marmoset. NIH funding initiatives for marmosets and other new animal models are coming soon. You’ll also hear more in future blogs from my colleagues in the Division of Neuroscience discussing other new biological models in the works through efforts like Model-AD.

If you are interested in being part of this wave of the future, I urge you to keep reading the “Inside NIA” blog for future announcements in this realm, and/or be sure to sign up to receive news about NIA funding opportunities. I also welcome your questions or comments below, or you can email me.

There are many invertebrate models you should mention

I applaud the NIA for future support of developing new preclinical animal models for the study of different aspects of AD. I await to hear further announcements about this timely initiative.

Are there strains of rats that show increased amyloids or neurovascular pathologies with normal aging? some question for mouse inbred or recombinant inbred strains.
Thank you.

The NIH-funded Rat Resource and Research Center (RRRC) carries several Alzheimer Disease rat models that may be of interest to investigators. Please see our web site at www.rrrc.us

There are still hundreds of species (rodents, monkeys etc) across the globe whose basic neuronal architecture, adult neurogenesis, age related changes and neurodegenerative profiles are not well known. In addition, neural stem cells can be generated from some of the species. In totality, research with these species can give better translational results that mice. NIH has to do more to support basic neurobiology research into these species

The notion that a research using different nonhuman species will be what leads to treatments for disease in humans can't get anymore more-of-the-same; this is thinking from deep in the box.