GEMSSTAR Scholars focus on how cognitive impairment intersects with their specialties
April 04, 2018 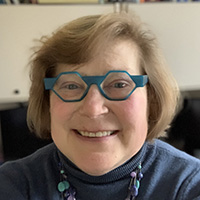 On March 25–27, the NIA welcomed current and former grantees from more than 26 medical and surgical specialties, along with mentors who are leaders in aging research within their specialties, to the third biennial meeting of GEMSSTAR (Grants for Early Medical/Surgical Specialists' Transition to Aging Research) Scholars. The meeting featured a combination of aging-themed presentations, Scholars’ posters, career development training, and networking opportunities. It was clear at this meeting that the past and current GEMSSTAR grantees are on the right path to be the future leaders in geriatrics/aging within their various specialties.

This year’s meeting focused on “The Impact of Cognitive Impairment across Specialties.” Along with the greater number of older people in the population comes a greater number of people at risk for age-related cognitive decline, as well as Alzheimer’s disease and related dementias. The opening keynote session featured Dr. John Morris of Washington University in St. Louis and Dr. David Reuben of UCLA. Other sessions featured presentations on sensory contributors to cognitive impairment, informed consent for people with cognitive impairment, and the causes and consequences of delirium in older patients.

Prompted by the Institute of Medicine’s 2008 report, “Retooling for an Aging America: Building the Health Care Workforce,” which emphasized the need to increase the knowledge, training, and research efforts of clinicians working with older people, GEMSSTAR was launched in 2011 to fill the gap. This unique grant mechanism enables early-career clinician-scientists within medical and surgical specialties to jumpstart or transition their career to focus on an aging-related aspect of their discipline. The award provides funding for an R03 grant for up to $75,000 in direct costs each year for two years. Before GEMSSTAR was created, the T Franklin Williams and Dennis Jahnigen Scholars Programs provided career development support to attract and retain medical and surgical specialists, respectively, to aging/geriatrics research. Several former Williams and Jahnigen Scholars, who are now leaders in specialty aging research, were invited to serve as mentors, role models and potential collaborators to the GEMSSTAR Scholars.

In addition to the support from NIA, GEMSSTAR Scholars are strongly encouraged to submit an individualized Professional Development Plan—for which they need to obtain funding from a different source—to work with a mentor with the expertise to help build their research and clinical skills in geriatrics while they are conducting their two-year research project.

The NIA offers approximately 15 GEMSSTAR awards per year and has funded a total of 111 GEMSSTAR Scholars to date. The competition for GEMSSTAR awards is stiff and we’re always impressed by the caliber of the applicants.

Why is the GEMSSTAR meeting important?

The Scholars Conferences, supported by a cooperative agreement between the American Geriatrics Society and NIA, aim to bring together everyone involved in the program to present their research findings, obtain dedicated mentoring, find opportunities to collaborate, enhance career development skills, and expand the network of outstanding clinicians committed to aging research. We feel the meeting is increasingly important as it provides a rare opportunity for multiple medical and surgical specialists to focus on specific ways they have developed to implement more seamless care for older patients across many disciplines.

For example, in featured presentations during the poster session, 12 Scholars from thematically connected areas described how they developed and implemented specialized programs in a new setting and then fielded questions from participants and moderators. Measuring frailty in the intensive care unit, building an interdisciplinary team to differentiate between accidental injuries and elder abuse, and developing customized assessments for older patients in the emergency department were among the topics discussed.

Get ready for the next round of awards

If you’re a medical, surgical or dental specialist with an interest in developing your research career, GEMSSTAR represents an exceptional opportunity. I encourage you to check our funding opportunities page for the Request for Applications (RFA) over the next few months. We expect to release the RFA for the next GEMSSTAR awards sometime in May, 2018. The deadline is likely to be in October, 2018 for funding which will start in July, 2019. We don’t anticipate significant changes to the 2019 GEMSSTAR RFA from the 2018 version, so if you’d like to start working on an application, you can use the 2018 RFA-AG-18-015 as a reference.

More information on GEMSSTAR is available on the NIA website. If you have specific questions about the program, please feel free to contact me through the GEMSSTAR email. In the meantime, we welcome your comments below.