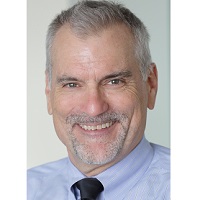 And, so it goes in NIA-supported research, too! We in the Division of Behavioral and Social Research (BSR) know that many researchers think of us as the “demography division,” but there’s much more to us than that. We’ve been developing our game in new directions—funding more research in Alzheimer’s disease and Alzheimer’s disease-related dementias (AD/ADRD) and fostering cross-disciplinary research, at multiple levels from genetics to cross-national comparative research, and at stages from basic through translational research in AD/ADRD. The research spans a wide range of interests including dementia care and caregiving across a variety of settings, epidemiology and demography, pathways to AD/ADRD and its prevention, early psychosocial changes, and health disparities.

It’s exciting to see some of the results so far. For instance, we’ve supported research showing that while higher educational attainment appears to protect against the risk for dementia with the degree of risk varying as a function of race and ethnicity, the underlying psychosocial pathways remain unknown (Langa et al., 2017). Another recent BSR-supported study showed that an individualized music program is associated with improved outcomes for U.S. nursing home residents with dementia (Thomas et al., 2017). And, still other research has shown that poor caregiver mental health was associated with increased patient mortality, even after controlling for sex, age, dementia severity, and patient mental health (Lwi et al., 2017).

We also team up with other extramural divisions within NIA (and other NIH Institutes) to sponsor a range of AD/ADRD activities including workshops, summits, and other scientific activities. For example, together with colleagues in the Division of Neuroscience, we sponsored a recent workshop on Cost-Effective Early Detection of Cognitive Decline. Another prime-time matchup last October was the National Research Summit on Care, Services and Supports for Persons with Dementia and Their Caregivers. That team effort involved a host of stakeholders and generated a large number of recommendations, several of which fed directly into two current initiatives: “Disparities in Quality and Access to Dementia Care” and “Improving the Lives of Persons with Dementia (PWD):  Impacts on PWD, Families and Communities,” both of which are described in the recent Notice to Specify High-Priority Research Topics for PAR-18-596.

Get in the game!

The upshot is, we think it is important and have the additional resources to grow research that targets behavioral and social studies in AD/ADRD. Research in the social sciences is crucial to getting a full picture of how AD/ADRD is going to affect the U.S. in the next several decades. We hope that our work to support behavioral science, epidemiology, dementia care and caregiving, and health services research will make a difference in the lives of people affected by the disease. To that end, we’ve issued several new funding opportunity announcements (FOAs) that exemplify the range of AD/ADRD research supported in our division:

We also support small business research in AD/ADRD, from socially assistive robots for people with dementia and their caregivers to virtual reality for assessing functional performance, including this currently active small-business FOA:

Please take a look at the FOAs relevant to BSR’s AD/ADRD research mission. Almost all of them are open at least until this fall; many will remain open for two to three years. You can also see a full list of NIA-wide FOAs and NIA-wide AD/ADRD FOAs.

You gotta be in it to win it!

As difficult as it is to have a winning bracket in the NCAA basketball tournament, it’s at least that hard to predict which application will succeed in advancing our understanding of behavioral and social factors related to AD/ADRD and its challenges. Nevertheless, we encourage you to prepare and submit applications and contact us with questions about the research we support and the FOAs we sponsor.