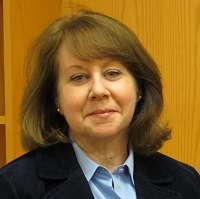 On April 6–7, 2017, almost 300 researchers and private foundation representatives attended the Cognitive Aging Summit III in Bethesda, Maryland. As with the previous two Summits, the event was made possible by the McKnight Brain Research Foundation (MBRF) through a generous grant to the Foundation for the NIH (FNIH). The themes for this Summit were cognitive and brain resilience and reserve. Over a day and a half, investigators from around the world delivered talks and discussed some of the most important issues facing the public as we seek to find ways to preserve or even improve cognitive function and brain health as we age.

The Summit agenda was organized around six topics centered on resilience and reserve, posed primarily in the form of questions:

The presentations and ensuing discussions were punctuated with “cameo appearances” by three unannounced speakers, who provided snapshots of cutting-edge findings relevant to the overall topic but not covered elsewhere on the agenda: Dr. Tammie Benzinger illustrated the complexity of the relationship between neuropathology and behavior by describing an example of a case of a person with an autosomal dominant genetic mutation for Alzheimer’s disease who appears to have escaped the ravages of cognitive impairment. Dr. Robert Willis showed data linking retirement with cognitive decline to demonstrate that the “mental retirement” effect is largest for people who held jobs that were lower in complexity, but essentially absent in people who retired from more complex occupations. Dr. Amar Sahay revealed that newly born nerve cells in the hippocampi of older mice have to compete with established neurons, often unsuccessfully. He described new approaches to ensure that the new cells become functionally integrated into this brain region, helping to aid memories formation with age.

As co-chairs for the Summit, Dr. Jonathan W. King and I extend our appreciation and gratitude to all of the Summit speakers, with particular thanks to the session chairs—Drs. Naftali Raz, Peter Rapp, Carl Cotman, Denise Park, John Disterhoft, and Marilyn Albert—who steered the meeting and helped draft recommendations for future research. Our thanks go to the other members of the Organizing Committee for their guidance; to the FNIH for their execution of the event; and to the NIA Office of Communications and Public Liaison for their guidance on media outreach. The MBRF Board of Trustees, led by Chair Dr. Lee Dockery, was the driving force behind the success of this Summit. Finally, we single out Dr. Adam Steinmetz from the NIA’s Division of Neuroscience and Ms. Laura Major from the Division of Behavioral & Social Research for their scientific input and masterful attention to detail on all aspects of the Summit.

For those unable to attend—and for those who attended but just want to see it again!—a video of the entire Summit will be posted on the NIA website in about a month. The video will also be available on the MBRF and FNIH websites.

In 2018, we plan to publish a set of scientific papers based on the content of each of the six sessions at the Summit as a special section in an issue of Neurobiology of Aging. So, stay tuned; more will be coming on this topic that is so important to the health and well-being of older adults.