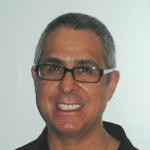 Alzheimer’s drug discovery and development is not for the fainthearted. It’s extremely expensive and time-consuming, and the possibility of disappointment looms at every phase of discovery. According to one analysis, half of candidate therapies fail during preclinical research—the phase when important information on feasibility, testing, and drug safety is collected. And, if a promising therapy does advance to a clinical trial, another recent analysis indicates there’s a 98 percent failure rate during phase II and III, primarily due to lack of efficacy.

Possible causes of failed preclinical investigations are often identified—in hindsight. Because multiple disease mechanisms are involved in Alzheimer’s, researchers may be targeting the wrong mechanisms or intervening at a less than ideal stage of the disease. Sometimes the drug fails to engage with the intended target. Add to that the poor predictive power of preclinical efficacy testing in transgenic animal models and you have a whole host of additional challenges to overcome. In short, what sometimes appears to work in animal models of Alzheimer’s simply doesn’t translate to people.

How do we build a better mousetrap? In other words, what can we do to improve the rigor, reproducibility, and translatability of preclinical investigations? In November 2016, NIH launched the Alzheimer’s Disease Preclinical Efficacy Database—or AlzPED—to improve the predictive power of preclinical testing in animal models. AlzPED is a publicly available database of preclinical intervention studies housing experimental details, designs, and analysis of data—from both positive and negative studies. The database includes information on Alzheimer’s animal models, therapeutic targets, outcome measures, and study conclusions, along with related PubMED and PubChem literature, clinical trials, and patents.

The idea of building this data-rich knowledge platform came up repeatedly at NIH workshops and advisory panels in recent years. The goal was to increase rigor and transparency, prevent duplication of efforts and publication bias. We worked with the NIH Library to build the knowledge platform and currently, AlzPED stores data from 300 published articles. To ensure that AlzPED will be successful, we need your help.

Please work with us

Please register at the AlzPED site. It’s easy and free. Then, use the database! Here are some of the things you can do:

I hope you’ll join us in this effort to advance the rigor, reproducibility, transparency, and translation of Alzheimer’s preclinical research—to build that better mousetrap, and thereby increase the likelihood of getting much needed therapies to patients suffering from this terrible disease.