An early-warning system for researchers
January 25, 2017 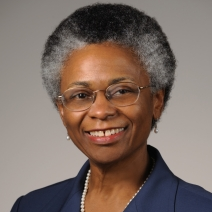 Researchers often complain to us that new funding opportunity announcements (FOAs) scoot past them, lost in the blizzard of information that arrives daily. Unless you obsessively monitor the NIH Guide—which we’re not necessarily recommending—you may not see every new announcement that NIA publishes. And, unless you have a well-thought-out research proposal outlined and ready to commit to paper, it sometimes can be difficult to pull together a grant application in the time allowed. This is particularly true for requests for applications (RFAs), which usually have a single due date and designated funding.

If you watch the NIA National Advisory Council on Aging meetings, you can hear about the concepts for funding opportunities that are approved at that session by the Council. However, the presentations about cleared concepts are usually quite brief and probably won’t give you the more detailed information you’re looking for.

To give researchers a heads up about future funding possibilities, we’ve developed a new webpage where we will list the concepts approved by our Council after each meeting. Each concept will be briefly summarized and contact information for the NIA program staff will be included.

We first posted the approved concepts for the Alzheimer’s disease and related dementias FOAs in October 2016. Since then, a total of 33 FOAs resulted from those concepts. Feedback was overwhelmingly positive on this experiment and we have decided to continue to post concepts cleared by Council. Several other NIH Institutes and Centers follow a similar process.

It’s important to note that these concepts are not guaranteed to become FOAs. Nonetheless, posting our recently approved concepts allows the scientific community to receive early notice of areas of special interest for NIA that are being seriously considered for funding.

You will not find mention of the award mechanism (R01, R21, or any of the 50 other mechanisms) or the funds allocated for a particular concept. Program officers do not know, and cannot provide, this information to you until the concept officially becomes an FOA. Award mechanisms and funding limits are determined when the FOAs are developed for publication in the NIH Guide.

How would I use this information? I would make sure that my team that is focusing on the area of interest is alerted to the potential opportunity. Alternatively, if I do not already have a team on the topic, but feel that the concept as described overlaps well with my interests and skills, I would start planning and begin organizing a research team. However, in either case, I would not yet develop specific plans for a FOA response based on the concepts, as the FOA may evolve beyond the initial concept. At the concept stage, too much is still unknown. Although you can contact the program staff at NIA about these concepts, we really won’t be able to tell you much more than what you see on the website, until after the concept is more fully developed. Nonetheless, the concepts give an indication of areas of interest to NIA, and with or without an FOA, you may wish to begin planning creative studies in the topical area.

I would in addition do one more thing—start to monitor the NIH Guide for a published FOA along the lines of the described concept. Of course, I wouldn’t do that obsessively!