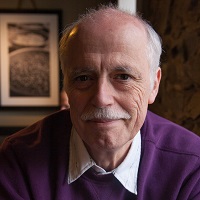 As most of you probably know, there has been a big influx of funds for Alzheimer’s disease research, with perhaps more to come. We recently issued several new Funding Opportunity Announcements (FOAs) focused on Alzheimer’s. A burning question in the minds of many scientists is: Can a basic biologist not currently working on Alzheimer’s really expect to receive funds targeted towards Alzheimer’s research? Surely preliminary data are needed?

This is a legitimate question and—all other things being equal—preliminary data are important. Also, having a collaborator knowledgeable about Alzheimer’s would go a long way in preparing a successful research application. But the basic biologist’s case is strong: Aging itself is a major risk factor for the development of Alzheimer’s disease.

Increasing the number of Alzheimer’s researchers

There’s no question that recent advances in aging biology should inform our efforts to understand and address the challenges of Alzheimer’s. In fact, an intended goal of the increased funding includes incentivizing researchers in other areas of science to apply their skills to the challenge of Alzheimer’s, and in that sense, there is indeed a need for applicants not currently working on that field to become involved.

Many of the recent NIA FOAs are based on the premise that aging is a major risk factor for Alzheimer’s disease. But, when I talk with researchers who are typically funded by the Division of Aging Biology, they raise concerns about whether an application that applies their skills to Alzheimer’s would have a chance if reviewed by study sections traditionally focused on the neurodegenerative aspects of the disease. For this reason, we have worked to arrange reviews appropriate to the science that we are seeking in the FOAs.

Working with CSR on the review process

Most applications in response to Requests for Applications (RFAs) focused on Alzheimer’s and dealing with basic aging biology and neurobiology, co-sponsored by our Division of Neuroscience, will be reviewed by Special Emphasis Panels run by NIA, rather than by the Center for Scientific Review (CSR). These include the RFAs on proteostasis (AG-17-050), lymphatics (AG-17-055), and systems biology (AG-17-057). The RFA on ApoE2 (AG-17-056) will be reviewed by a Special Emphasis Panel selected by Dr. Maqsood Wani, chief of CSR’s Cell Biology Integrated Review Group.

In contrast to RFAs, Program Announcements with Review (PARs) are usually reviewed by CSR study sections, not by stand-alone Special Emphasis Panels. These include PARs on comparative biology (PAR-17-039), metabolism (PAR-17-031), and systemic interactions (PAR-17-029). NIA has been working with CSR to develop the review process: Applications may be reviewed in a regular panel that is augmented with additional reviewers or in some cases, they may be reviewed by a stand-alone panel convened specifically for the PAR(s). The individuals in charge of these review panels are aware of the need to expand the expertise pool and are willing to act accordingly.

We hope that the measures we’ve taken to address review for these areas of research will result in a much-needed addition of new investigators into the field of Alzheimer’s disease and related dementias. I urge you to take a look at these opportunities and see where your expertise can help us address the challenge of Alzheimer’s disease in the context of aging.