The Clinical Trials Advisory Panel: A good start for a clinical trial
May 04, 2016 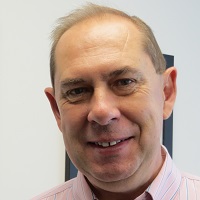 Large-scale clinical trials are expensive. They require a lot of time and money on the part of the investigators. So does preparing an NIH application for a clinical trial. When a promising clinical trial just misses out on funding because of our stringent pay line, it can feel like a frustrating waste of effort and scarce resources. One way you can save time and money at the beginning of the process is to submit a concept proposal for your trial to NIA’s Clinical Trials Advisory Panel (CTAP).

CTAP was established as a working group of the National Advisory Council on Aging (NACA) in 2011 to review opportunities for large clinical trials and evaluate their merits. Investigators planning a large-scale (more than $2 million in direct costs) clinical trial and seeking support from NIA’s Division of Geriatrics and Clinical Gerontology (DGCG) are asked—but not required—to send a concept proposal to DGCG, which forwards it to CTAP. (Alzheimer’s trials use a different process; contact the Division of Neuroscience for details.)

Concept proposals for CTAP review are less detailed than grant applications submitted for peer review. To submit a concept proposal, use the Initial Proposal Concept Form or a similar format. You may ask for a Funding Opportunity Announcement (FOA) with set-aside funds in a particular topic area or you can request the set-aside funds to support a specific clinical trial.

CTAP’s major focus in evaluating concept proposals is on:

CTAP reviews the concept proposals and makes recommendations to DGCG, the NIA Advisory Council, and the NIA Director on specific trials developed by individual investigators and on whether NIA should issue a Funding Opportunity Announcement (FOA) for large clinical trials in a particular area or plan a set-aside. NIA considers CTAP’s advice in planning whether to allocate funds targeted for a specific concept.

What are the advantages of CTAP?

We believe that the CTAP pathway provides critical information for NIA’s planning process and helps us allocate limited funding for important—but expensive—clinical trials. It allows investigators to explore novel ideas without spending too much time and effort on developing applications that may not be considered relevant to NIA’s mission and have a limited chance for funding.

The value of any trial ultimately depends on more detailed factors which are evaluated through peer review at a later stage. But, an enthusiastic CTAP evaluation of a concept means that, if later, more detailed peer-review indicates that the trial’s design and operational capability are strong enough to be successful, the importance and innovativeness of the trial make it a high priority for NIA. DGCG does reserve the option of declining to fund a project if enough concerns are raised by the study section, but because of the set-aside, the trial can be funded on its merits rather than be denied strictly as a matter of a very tight pay line.

In short, the smaller investment of time and resources to voluntarily submit a concept proposal for CTAP review could significantly increase the chances of funding a large-scale project.

If you’d like more information on the CTAP process, please contact me. We’d also be interested in hearing your comments if you’ve submitted a concept to CTAP.