Join us for the 2016 Alzheimer's Disease-Related Dementias Summit
March 02, 2016 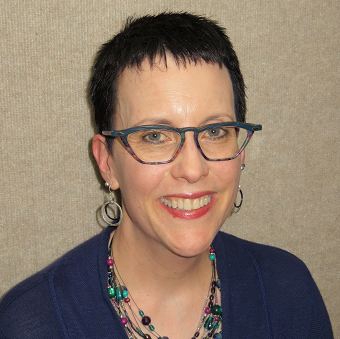 When people mention dementia, they usually think of Alzheimer’s disease. Although Alzheimer’s is the most common cause of dementia in older adults, an estimated 20 to 40 percent of people with dementia have some other form—such as Lewy body, vascular or frontotemporal dementia. NIH is focused on advancing our understanding of these Alzheimer’s disease-related dementias (ADRD). I hope you will join us in this effort by attending—either in person or by webcast—the 2016 Alzheimer’s Disease-Related Dementias Summit. This is your opportunity to contribute at a critical moment in ADRD research.

The National Institute of Neurological Disorders and Stroke (NINDS)—which leads NIH’s effort in ADRD research––is hosting the March 29–30 meeting in collaboration with the NIA. Registration is now open for those who wish to attend in person. The meeting will be held in Natcher Auditorium on the NIH campus in Bethesda, Maryland. Details about the webcast will be available a few weeks before the event.

We’ll report on how we have updated the recommendations on national research priorities for frontotemporal, Lewy body, mixed, and vascular dementias, based on the input we’ve received since the first meeting. The 2016 summit will build on research progress made since the first ADRD Summit in 2013 as part of the 2012 National Plan to Address Alzheimer’s Disease.

Reflecting on the 2013 Summit

The 2013 ADRD Summit established a roadmap for achieving the goals laid out in the National Plan; one of those goals is to prevent and effectively treat Alzheimer’s disease by 2025. This meeting complemented the research directions developed at the 2012 and 2015 NIH-hosted Alzheimer’s Disease Research Summits.

During the 2013 ADRD summit, leaders in the fields of Alzheimer’s and related dementias identified gaps in research and prioritized the scientific questions that need to be answered to move the field forward. Researchers also discussed issues associated with diagnosing dementia and identified what tools are needed to help identify dementia earlier, when therapy may be more effective. They also discussed how to address health disparities and the growing trend of dementia among older ethnic minorities.

Recommendations from the 2013 ADRD Summit (PDF, 863K) are available online.

Think of this 2016 meeting as a “general wellness check-up” on the 2013 ADRD Summit. It’s a chance to take a moment and ask ourselves:

If you didn’t attend the last ADRD Summit, don’t let that deter you from attending this year’s. The March meeting will address many new questions, as well as those raised in 2013. And, as was the case in 2013, open mic time will offer attendees the opportunity to ask questions and provide feedback on the updated draft recommendations being presented. One new feature of this year’s Summit is a session organized by non-government organizations. This will be a great opportunity for the private and nonprofit sectors to share their unique perspective, and recommendations about the field of Alzheimer’s-related dementias.

NINDS Director Dr. Walter Koroshetz is one of the featured speakers, along with a number of prominent researchers. You can see the full agenda and list of speakers online.

Register now to attend the Summit! Registration is free and open until March 15. And, don’t worry if you can’t make it in person. You’ll still have the opportunity to participate via webcast. Information about the webcast will become available a couple of weeks before the Summit.