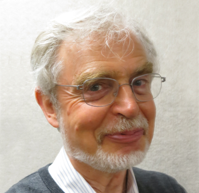 So I volunteered for an NIH “pop-up” committee on reducing the average age of investigators being funded by R01s, NIH’s most common and most well-known research grant. I reckoned someone from the National Institute on Aging should be on that committee. Have to protect our interests after all!

In fact, the need for the committee directly stems from language in NIH’s  2015 appropriation that instructs us to find ways to reduce the average age of investigators  funded on R01s—and quickly, too!

The average age of first-time R01 funded investigators who have PhDs remains 42 even after seven years of policies at NIH to increase the numbers of new and early-stage investigators.  And, over the same interval, age has continued to increase for first-time R01-funded MDs and MD-PhDs, despite the policies we have in place. What is going on?

I started thinking about the differences between R21 and R01 awards. Yes, R21s are for “exploratory” or “developmental” research. Are R01s really that different though? The research is a little further along, true. But I found a six-year difference in the mean age of principal investigators on top-scoring R21s versus top-scoring R01s. Six years is a long time to gather some more data and publish it!

Another thing I looked at was the faculty make-up. One interesting observation is that when R21s are submitted as multiple-principal-investigator applications, the principal investigators tend to be contemporaries of each other. (Note that this observation is based on an extremely small sample.) When R01s are submitted as multiple-principal-investigator applications, there are a few contemporary collaborations, but there are more inter-generational collaborations: a senior and a junior faculty member, or two or more junior faculty with a senior faculty member.

That started me chasing another thought. How many investigators does it take to write an R01? I looked at the 100 top-scoring R01 applications across NIH in January 2015 and compared them to a similar set from January 2005. R01 applications have been bulking up! In 2005, more of the top scoring applications had a single principal investigator listed as the faculty on that application—just Professor X and the students and postdocs—than had two faculty, or three faculty or any other number. By 2015, Professor X needed more help. Now, three faculty is the most common number of faculty members on an application. By 2015, the “average” top-scoring R01 at NIH had more than four faculty listed as participating on it.

These are neither comprehensive nor authoritative data, though I did check some other Council rounds and found consistent patterns of results. And, someone could fuss over whom I called a faculty member and whom I left out. But, these changes are really big! It does look like in the same years that we have been trying to build our pool of early-stage investigators, the number of faculty on top-scoring applications has soared by more than 50%. So, writing a successful R01 application increasingly involves leading a team of investigators.

How many junior faculty are positioned to lead a team of faculty members in preparing that application? Junior faculty do write successful  R21s and R03s, which do not require these teams. But, how often can they put together a distinguished team of investigators when they inevitably are one of the most junior members on the team?

Anyway, these data certainly have me thinking about age trends in our grant funding. Is it entirely the increasing complexity of research that is driving the increase in team-driven R01s? Are there institutional factors at play too? Does the need to be leader of a faculty team disenfranchise or disadvantage junior faculty?

I am very interested in your thoughts, too. Let me hear from you in the comments below.

Activity codes—why not R01 and only R01?