Large, long-term population studies have enabled scientists to examine the influence of a spectrum of risk and protective factors for developing Alzheimer’s and related dementias. Because of scientific progress made possible by NIH investments in this research, scientists have discovered that these conditions usually develop from the combined effects of certain behaviors and lifestyle choices, as well as genetic, social, economic, educational, and environmental factors. 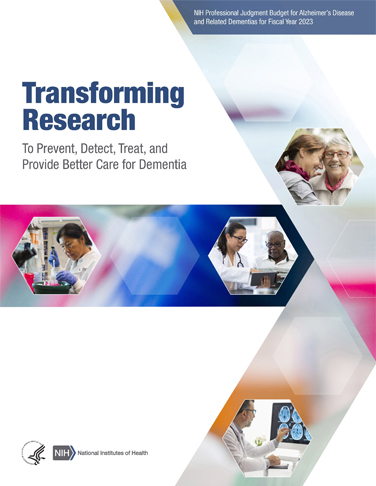 NIH-supported population studies are part of the overall effort to find ways to prevent and treat Alzheimer’s and related dementias. These large studies explore the health of populations over a long period of time, which helps researchers determine why some people develop these diseases while others do not.

For this research, scientists aim to involve a large group of people who represent the diversity of the U.S. population. The ongoing analysis of risk and protective factors will help precision medicine researchers develop interventions that can address underlying disease processes, as well as symptoms, and that can be tailored to a person’s unique disease risk profile.

Large-scale analyses of data collected from population studies have been revealing the many possible genetic risk factors for Alzheimer’s and related dementias. These large datasets have enabled the discovery and analysis of many genetic variants. Ten years ago, we knew of only 10 genes associated with Alzheimer’s. Today scientists are studying more than 50 genes — that’s a 400% advancement in this area!

This project involves more than 150 international investigators at 33 institutions. Data come from more than 60 cohorts of research participants. The aim of the sequencing project is to identify — in diverse populations — genes that increase risk for Alzheimer’s and those that confer protection, as well as to provide insight into why some people with known risk factor genes do not develop the disease. Through this effort, researchers also aim to identify potential avenues to prevent and treat Alzheimer’s.

Genetic discoveries provide more possible avenues for scientific exploration into preventing and treating Alzheimer’s and related dementias. Over the past year, multiple research teams reported results from studies of genetic factors that may influence the risk of developing these diseases:

In 2020, NIH-supported population studies found new evidence about social and economic factors linked to a decline in the ability to clearly think, learn, and remember, and linked to dementia:

Also during the past year, NIA invited researchers to design studies and apply for research grants to examine sex and gender differences in the risk, development, progression, diagnosis, and clinical presentation of Alzheimer’s and related dementias.

To address the economic and health impacts of these diseases with population studies, NIA has expanded long-standing investments in the demography and economics of aging to support three new centers:

Researchers at these centers examine health care delivery, quality, and disparities, as well as the role of technology diffusion and care needs of Alzheimer’s.

Linking physical and other characteristics with dementia

Many researchers use data from population studies to analyze whether certain characteristics are common among people with dementia. Results over the past year from NIA-funded research suggest that dementia risk might be associated with many different physical factors, including:

It is important to keep in mind that when a population study detects a physical characteristic that is linked to dementia, the results can suggest an association but do not prove causation. Additional research, especially through clinical trials, can provide stronger evidence.

When a stroke, high blood pressure, or other conditions damage the blood vessels in the brain, the flow of blood may be impaired. When blood flow is partially or completely blocked, the brain may not get enough oxygen. That cascade of events can lead to brain injury and ultimately cognitive impairment, including dementia, in this case a form of vascular dementia.

To help raise awareness about the link between high blood pressure and the risk of dementia and stroke, the National Institute of Neurological Disorders and Stroke (NINDS) developed the Mind Your Risks® public education campaign. Mind Your Risks encourages talking to health care providers about using medicines that lower blood pressure, as well as choosing behavior and lifestyle habits to reduce the risk of dementia.

In 2021, NINDS is updating the Mind Your Risks campaign to place an even stronger messaging focus on reducing health disparities in blood pressure control. A goal is to reach more Black/African Americans, particularly men, who are most likely to have high blood pressure that is not managed.

Before NIH can work to reduce or eliminate health disparities for Alzheimer’s and related dementias, scientists must learn more about the many factors that make certain groups more vulnerable to developing these conditions. NIH-supported discoveries have already shown that the development of dementia can be associated with race, ethnicity, sex, level of education, geography, and social and economic factors.

Not only do these research findings help NIH progress toward the goal of reducing health disparities, but research findings that explain how and why many diseases affect diverse communities in different ways are crucial for the discovery of tailored treatments and prevention methods for Alzheimer’s and related dementias.

March 2021 marked the release of the NIH-Wide Minority Health and Health Disparities Strategic Plan 2021-2025: Taking the Next Steps, underscoring NIH’s commitment to these vital topics. The plan’s goals for advancing minority health and health disparities research and promoting health equity include:

Outreach, collaboration, and dissemination, such as cultivating and expanding the community of minority health and health disparities researchers and advocates

The NIA-funded Alzheimer’s Disease Research Center (ADRC) network has long been one of the cornerstones of NIH’s Alzheimer’s and related dementias research infrastructure. Building on the success of the ADRCs, NIA in 2020 added four new exploratory centers to the network. The new centers are enhancing research initiatives with underrepresented populations, such as Black/African Americans, Native Americans, and those in rural communities. 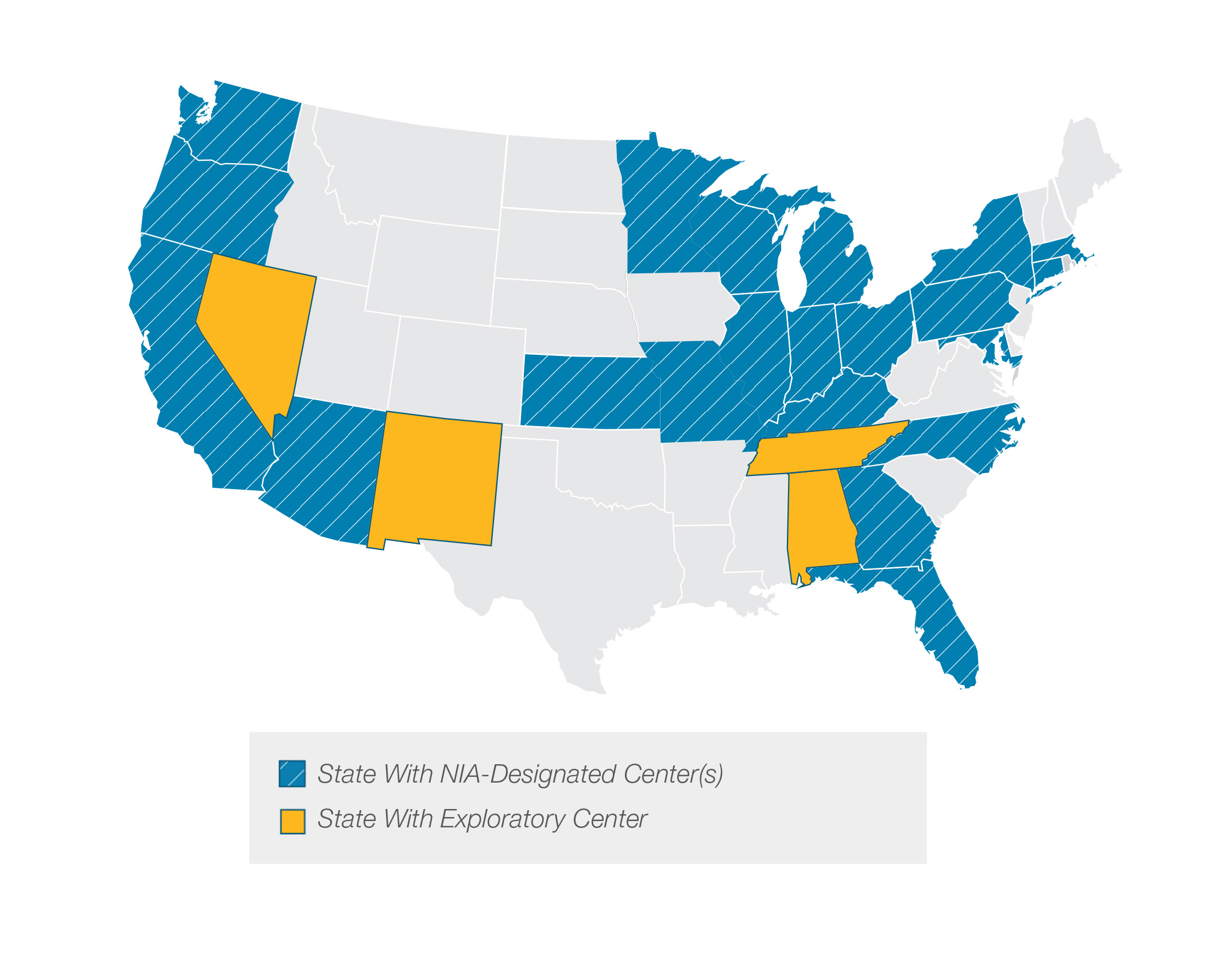 The four centers also expand the network’s reach into new geographic areas, with locations at:

Each exploratory center is designed to address regional health disparities. In Las Vegas, researchers are collecting high-quality standardized clinical data from people in rural settings, and in Nashville, they focus on vascular risk factors among Black/African Americans. The Albuquerque center prioritizes rural communities, particularly American Indians, and in Birmingham, the focus is on people in this Deep South region, especially Black/African Americans.

Established in 1984, the ADRCs are recognized for excellence in: