Walking speed at age 45 was associated not only with physical health but also with brain health in midlife and even early childhood, according to an NIA-supported study. The findings, published in JAMA Network Open, suggest that a simple test of how fast a person walks could be a helpful indicator of how both the body and brain are aging. 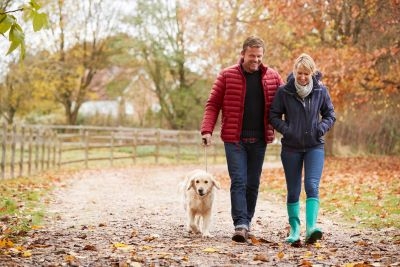 A team led by researchers at Duke University, Durham, North Carolina, looked at data from 904 participants in the Dunedin Multidisciplinary Health and Development Study, a population-based study that has followed 1,037 people born between 1972 and 1973 in Dunedin, New Zealand. At the most recent assessment, researchers measured the 45-year-old participants’ physical and cognitive functioning and imaged their brains in an MRI scanner. All participants had their cognitive function first measured at age 3.

Gait speed — how fast someone walks — is often used to test older adults’ physical capacity and to predict risk of future disease, disability and death. This study showed that gait speed could be used similarly in a younger population. Participants with slower gait speed had more physical limitations, such as weaker hand-grip strength and more difficulty getting up from a chair, than those who walked faster. Even their faces were rated as aging at a quicker rate.

In addition, participants with slower gait speed were aging faster, as measured by a set of 19 biomarkers that included body mass index, blood pressure, cholesterol levels, cardiorespiratory fitness and gum health. These biomarkers were measured at ages 26, 32, 38 and 45, allowing the researchers to assess how the participants had aged over time.

In terms of brain health, participants with slower gait speed had signs more typically found in older adults, the MRI results showed. Compared with participants who walked faster, they had a smaller brain, a thinner brain cortex (which controls thinking, information processing and other brain functions) and more white matter hyperintensities — a sign of vascular disease and a risk factor for stroke and dementia. Participants with slower gait speed also performed worse on tests of memory, processing speed, reasoning and other cognitive functions.

Remarkably, participants who walked slowly at age 45 had performed relatively poorly on cognitive tests at age 3. Though many factors from diet to genetics may have influenced brain health over the years, this association suggests gait speed in middle age could be an indicator of lifelong brain health, the researchers concluded.

“Gait speed is a simple, inexpensive indicator of well-being across adulthood,” wrote Stephanie Studenski, M.D., of the University of Pittsburgh School of Medicine in an accompanying commentary. “Certainly, as the authors suggest, midlife adults with slow gait speed are a potential target for interventions to prevent late-life disability and dementia.”