Research increasingly links vision impairment to the risk for dementia, but there are limited long-term studies that evaluate this association. A recent secondary analysis of data on older women enrolled in the Women’s Health Initiative (WHI) longitudinal cohort ancillary studies found that visual impairment may increase a person’s risk for dementia or mild cognitive impairment (MCI). The results were part of a secondary analysis, funded in part by NIA, to evaluate data on 1,061 community-dwelling older women (age 66-84 years) enrolled in the WHI Sight Examination and WHI Memory Study. 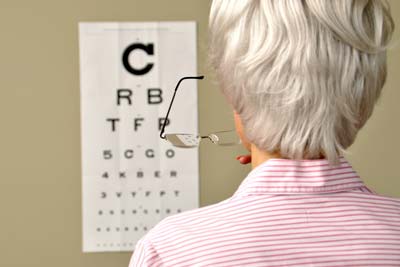 The researchers noted several limitations of the study. Visual acuity was only measured at baseline, so researchers were unable to evaluate changes to vision over time or measure other components that affect vision, such as depth perception or the ability to distinguish between similar color shades (contrast sensitivity). Limitations also included a small sample size and a limited number of participants within the WHI study who had dementia and MCI. Additionally, the WHI Hormone Therapy Clinical Trials enrolled only women who fit specific eligibility criteria — between 50 and 79 years old, postmenopausal, and intending to reside in the area for at least 3 years — so it is unclear whether study findings can be generalized to other women or men with visual impairment. Still, findings from this analysis suggest that objective visual impairment may be a modifiable dementia risk factor. Also, they suggest that there may be value for vision screening and vision-improving treatments. Further research should explore the effect of vision interventions on women’s risk for dementia.

These activities relate to NIA’s AD+ADRD Research Implementation Milestone 2.D, "Disease Mechanisms: Create programs in basic, translational and clinical research aimed at comprehensive understanding of the impact of sex differences on the trajectories of brain aging and disease, phenotypes of AD and ADRD risk and responsiveness to treatment." and 2.S, "Determine interrelationships (cross-sectional and longitudinal) among aging, cerebrovascular disease and risk factors, resilience factors, genetic variants, amyloid, tau, and neurodegeneration."