One of every three Americans will die of heart disease, making it the most common cause of death. Although the risk of death from heart disease increases with age, a recent NIA-supported study suggests that adults 75 and older who start taking a cholesterol-lowering drug known as a statin may have a lower risk of death than nonusers. Findings were reported in the Journal of the American Medical Association. 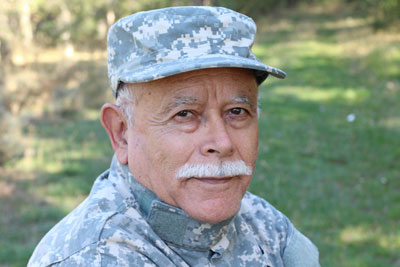 Statins are used to prevent heart attacks, strokes, and other life-threatening events associated with heart disease. Because strong evidence from clinical studies show the benefits of statins for adults up to age 75, doctors often prescribe them.

However, no previous large studies have evaluated the safety of using statins after age 75. To investigate the effects of new statin use in this age group, a research team at the Veterans Administration Boston Healthcare System, which is part of the U.S. Department of Veterans Affairs, analyzed health records of older adults who had received medical care from the Veterans Health Administration between 2002 and 2016. The data included veterans between the ages of 75 and 107 from both electronic health records and Medicare claims.

The research team found that of the nearly 207,000 people who died, about 53,300 deaths were related to heart attack, stroke, or other fatal events related to heart disease. For both total deaths from any cause and for heart disease-related deaths, new statin users were significantly less likely than nonusers to die. The data suggested a 25% reduction in all-cause mortality and a 20% reduction in heart disease-related death for new users of statins compared with nonusers.

It is important to consider that because 97% of the veterans in the study were men and 91% of the veterans were white, these results may not apply to women or to people from other racial and ethnic groups. More research is needed among a diverse population that represents the U.S. population.

Another consideration for this study is that while analyzing medical records for a large population can provide evidence of a drug’s benefit, only a well-designed clinical trial can provide definitive evidence that statin therapy is safe and effective in adults 75 and older. NIA is currently supporting a trial that will enroll 20,000 people to examine the overall benefits and risks of statins in adults 75 and older without heart disease. This trial, which is called Pragmatic Evaluation of Events and Benefits of Lipid-Lowering in Older Adults (PREVENTABLE; NCT04262206), is expected to be completed in 2026.

This research was supported in part by NIA grant R03AG060169.