Defying the odds, an individual at high risk for early-onset Alzheimer’s disease remained dementia-free for many years beyond what was anticipated. A study funded in part by the National Institute on Aging (NIA), part of the National Institutes of Health, led researchers to suggest that a gene variant may be the key, perhaps providing a new direction toward developing a treatment. 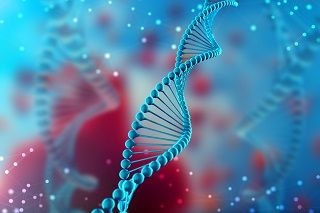 The research focused on the case of a woman who carried a gene mutation known to cause early-onset Alzheimer’s. However, she did not develop signs of the disease until her seventies, nearly three decades after her expected age of onset. The researchers suspect that she may have been protected because in addition to the gene mutation causing early-onset Alzheimer’s in her family, she also had two copies of the APOE3 Christchurch (APOE3ch) gene variant. Findings of this case study as published in Nature Medicine suggest that two copies of the APOE3ch variant, named after Christchurch, New Zealand where it was first identified, may protect against Alzheimer’s.

“Sometimes close analysis of a single case can lead to discovery that could have broad implications for the field,” said NIA Director Richard J. Hodes, M.D. “We are encouraged that as part of our wide array of studies, this research in the unique genetic makeup of an exceptional individual can reveal helpful information.”

For the study, researchers led by investigators at Massachusetts General Hospital, Boston, in collaboration with the University of Antioquia, Medellin, Colombia, Schepens Eye Research Institute of Massachusetts Eye and Ear, Boston, and Banner Alzheimer’s Institute, Phoenix, looked at genetic data from a Colombian family with more than 6,000 living members. Family members who carry a rare gene mutation called Presenilin 1 (PSEN1) E280A, have a 99.9% risk of developing early-onset Alzheimer’s disease.

The researchers confirmed that the woman in this case carried the PSEN1 E280A mutation, which caused early-onset Alzheimer’s in her other family members. However, she also had two copies of the APOE3ch gene variant, while no other affected family member carried two copies of this variant. Affected family members develop Alzheimer’s in their 40s, but she remained disease free until her 70s. Imaging tests showed that the woman had only minor neurodegeneration. She did have large amounts of amyloid protein deposits, a hallmark of Alzheimer’s disease, in her brain. But the amount of tau tangles, another hallmark of the disease, and the one more correlated with how thinking and memory are affected, was relatively low.

Experiments as part of the study showed that the APOE3ch variant may reduce the ability of APOE to bind to certain sugars called heparan sulphate proteoglycans (HSPG). APOE binding to HSPG has been implicated as one mechanism that may contribute to the amyloid and tau protein deposits that destroy the brain. The research suggests that a drug or gene therapy that could reduce APOE and HSPG binding has the potential to be a new way to treat or prevent Alzheimer’s disease.

The research team was led by Yakeel T. Quiroz, Ph.D., a clinical neuropsychologist and neuroimaging researcher at Massachusetts General Hospital, and a 2014 NIH Director’s Early Independence Award recipient. Quiroz partnered with Joseph F. Arboleda-Velasquez, M.D., Ph.D., at Shepens, Francisco Lopera, M.D., at the University of Antioquia, and Eric M. Reiman, M.D., at Banner Alzheimer’s Institute. The individual is from the same family participating in the ongoing Autosomal Dominant Alzheimer’s Disease (ADAD) trial, which is designed to find out if the anti-amyloid treatment crenezumab can prevent the disease.