Older adults with tooth loss have a higher risk of cognitive impairment and dementia, with increasing risk with each missing tooth, according to a new study published in the Journal of the American Medical Directors Association. 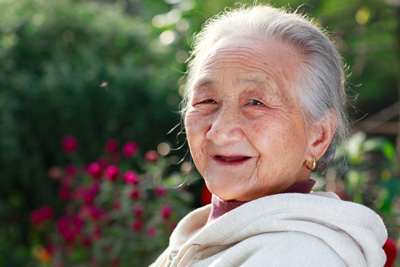 Problems with oral health, such as poor oral hygiene, tooth cavities, gum disease, and tooth loss, are more common in older adults than in other age groups. Older adults are also more likely to have cognitive impairment or dementia, and recent studies have suggested a link between oral health and these conditions. To get a comprehensive picture of this association, NIA-supported researchers led by a team at New York University analyzed results from several long-term studies on the link between tooth loss and the risk of cognitive impairment.

The researchers conducted a detailed search of six major databases of biomedical science publications and identified 14 relevant studies. These studies used questionnaires, assessments, medical records, and information from death certificates to identify participants with cognitive impairment or dementia. Out of a total of 34,074 participants, 4,689 had cognitive impairment or dementia. The studies used medical examinations and self-reported records to assess tooth loss and classified participants as having more or fewer missing teeth.

The researchers note that the reason for this association between tooth loss and the risk of cognitive decline is unclear. Still, tooth loss can result in problems with chewing that might lead to nutritional deficiencies, chemical imbalances, or changes to the brain that affect brain function. Also, poor oral hygiene might lead to increased bacteria in the mouth and to gum disease, which can cause inflammation and raise the risk of beta-amyloid plaques in the brain, leading to dementia. Tooth loss without the use of dentures might also be an indication of lower socioeconomic status and lower education level, both of which are independently linked to an increased risk of dementia. Alternatively, missing teeth might be an early sign of cognitive impairment: People with cognitive decline might be less likely to keep up with oral hygiene, leading to tooth loss.

The research was limited by the fact that the various publications studied used different methods of data collection and data analysis. However, the results suggest that timely interventions, such as encouraging the use of dentures and other orthodontic treatments and large-scale education programs on the importance of oral hygiene in older adults, might help prevent or slow down cognitive decline linked to tooth loss.