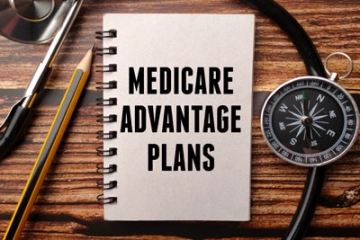 In 2012, Medicare introduced the quality bonus program to award financial incentives to Medicare Advantage plans that achieve high-quality ratings. The plans are rated from one to five stars based on more than 40 factors that evaluate how well the plan delivers care, such as preventive services, chronic disease management, and customer service. For highly rated Medicare Advantage plans, Medicare pays a bonus equal to 5% of the amount the plan receives for benefits administration. This bonus doubles to 10% for plans in counties that have a history of high enrollment and low fee-for-service Medicare spending — when the doctor or clinic is paid separately for each service provided to a patient.

Health care use and spending in Medicare Advantage versus traditional Medicare

To compare the effects of enrolling in a Medicare Advantage plan versus traditional Medicare, a research team from Harvard University and the University of Pennsylvania analyzed insurance claims data from a single private insurance company. This allowed researchers to evaluate health care use and spending by older adults as they moved from group or individual health insurance plans to Medicare.

During the first year of Medicare coverage, Medicare Advantage beneficiaries had lower hospital use and spending estimated at $95 per beneficiary per month, relative to traditional Medicare. This resulted in 63 fewer stays in the hospital or a nursing facility per 1,000 beneficiaries per year. No significant changes in the use or spending for professional services, such as doctor visits, were found. In comparison to traditional Medicare, Medicare Advantage was associated with a 36% overall reduction in total health care spending in the first year of coverage. These findings were published in JAMA Health Forum.

A national study led by a team from the University of Michigan used health insurance claims data to evaluate the effectiveness of the Medicare Advantage quality bonus program on improving plan performance. Claims information from 2009 to 2018 was collected for adults, age 50 to 74 years, enrolled in either a Medicare Advantage plan or a commercial health insurance plan without a quality bonus incentive. The researchers evaluated the data for changes in nine indicators of Medicare health care plan quality in both groups, before and after the start of the bonus program.

The findings from these studies provide important insights for policymakers to consider when making decisions about future Medicare payment policies. Additional research is needed to help understand quality differences for beneficiaries in Medicare Advantage plans and the potential impact of the double bonus payments on racial health disparities in Black beneficiaries.