Text messages sent from a health care provider that encouraged patients to get the influenza (flu) vaccine at their upcoming primary care visit may be a simple, low-cost, and timely way to increase vaccination uptake on a large scale. The findings were recently published as a brief report in the Proceedings of the National Academy of Sciences. 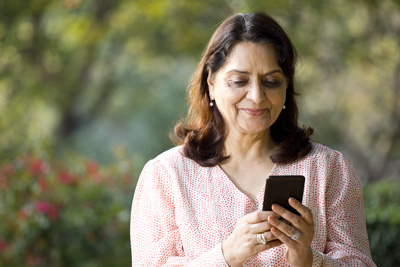 Researchers from the University of Pennsylvania, as well as collaborators from many other academic institutions, partnered with Penn Medicine and Geisinger health systems to test 19 different text messaging interventions designed by behavioral scientists with the aim of increasing flu vaccine uptake. Patients with a routine primary care appointment, scheduled between late September 2020 and the end of 2020 at either of the two hospital systems, were automatically enrolled in the study if 1) their electronic health records included a cell phone number, 2) they had no previous reactions to the flu vaccine, and 3) they had not previously received a flu shot that year.

These 47,306 patients were randomly assigned to one of the 19 text message groups, receiving up to two sets of prompts about the flu shot in the three days before their scheduled appointment, or to the standard appointment reminder only group (usual care). In addition, a separate group of more than 2,000 people completed a survey to rate subjective characteristics, such as casualness, of the text messages being delivered. The objective characteristics, such as whether a message was interactive, were coded by the study team.

Using electronic health records, the researchers looked at whether patients received a flu shot at or within three days before their scheduled appointment. All 19 nudges increased vaccination rates. Six of the nudges produced a statistically significant boost in vaccinations compared to the usual care group. The most effective nudge, which consisted of two texts sent 72 and 24 hours before appointment, produced a 4.6 percentage point boost in vaccination (11% increase over 42% baseline vaccination rate in usual care). Nudges that used language similar to that in typical provider-patient communications and that were framed as a reminder to patients who already had an upcoming appointment were most effective. The least effective nudges were those designed to be more noticeable and attention-getting with a joke or “artful” language. Importantly, all of the text-based nudge interventions were implemented at close to zero marginal cost, making the potential gains in vaccination rates essentially free.

This study demonstrated that simple, low-cost, behavioral nudges sent via text to patients with appointments scheduled can significantly increase vaccination uptake compared to usual care. The average age of patients in the intervention was about 52 years, with effects similar for both patients older and younger than 65. Although there are factors that differentially influence uptake of flu versus COVID-19 vaccines, the nudges found to be most effective in this study could be tested and repurposed.

This research was supported in part by NIA grant P30AG034532.