Abnormal tangles of the protein tau, a hallmark of Alzheimer’s disease, may be linked with early changes in memory and smaller brain volume in adults over 60 who are cognitively normal. A new study, led by investigators in NIA's Intramural Research Program, suggests that the presence of tau tangles might be associated with cognitive change early in the Alzheimer’s disease process. Results were reported in September in Alzheimer’s & Dementia: Diagnosis, Assessment & Disease Monitoring. 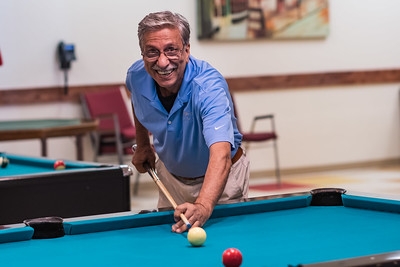 Previous research has linked memory and thinking problems among individuals who have dementia with changes in the brain, such as tau tangles, seen with imaging tests. The researchers set out to determine whether age-related tau deposits could be detected in cognitively normal older adults, and whether tau was associated with shrinking brain volume and a decline in performance on cognitive tests. They recruited 54 older adults who were part of NIA’s Baltimore Longitudinal Study of Aging, which is the longest-running study on aging.

The researchers used a PET scanner and a radioactive tracer known as 18F-AV-1451 to detect tau tangles and an MRI scanner to assess brain volumes over about seven years. Memory, concentration and thinking tests were conducted over about 13 years to demonstrate normal cognitive status. Results from previous PET scans with a radioactive tracer for amyloid were also analyzed. The presence of amyloid plaques is another measurable change in the brain related to Alzheimer’s.

Because the data were obtained from a long-term study, the researchers could analyze decline over time in brain imaging results and cognitive test results. The researchers observed that a higher uptake of 18F-AV-1451 tracer in the region of the brain known as the entorhinal cortex, an important area involved in memory, was linked to lower brain volume in the same area. A drop in verbal memory scores was associated with uptake of 18F-AV-1451 tracer in the entorhinal cortex, hippocampus and inferior temporal gyrus.

A limitation of the study is that the 18F-AV-1451 tracer, while good for detecting deposits of tau in brain tissue, may also be taken up by tissue components other than tau. In addition, because of the small sample size, future studies with more people will be needed to examine the possible association between changes in cognition, brain volume and uptake of 18F-AV-1451 to detect tau pathology.

This research was funded in part by the NIA Intramural Research Program.