New research shows that using rhesus macaques could help scientists discover potential treatments for Alzheimer’s disease. The NIA-supported study, led by researchers from the University of California, Davis, was published in Alzheimer’s & Dementia on March 18. 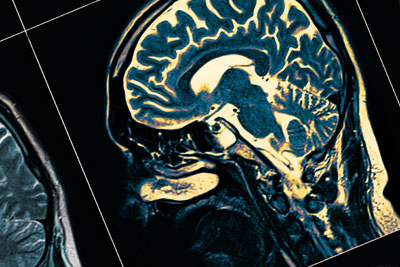 Scientists’ understanding of how Alzheimer’s develops has advanced significantly in recent years. Researchers have conducted studies in rodents such as mice to try to translate their improved understanding into new treatments for this disease. While there have been some encouraging results, therapies remain elusive. The research team wanted to know if it could help to study rhesus macaques, a type of monkey with brain structures and behaviors that are more similar to humans.

The first step was to replicate the signs of human Alzheimer’s in these models. To do so, a team of researchers injected macaques’ brains with a gene that codes for an abnormal form of tau protein, which is associated with Alzheimer’s. They analyzed the macaques’ blood and cerebrospinal fluid (CSF) before and after the injection, and three months later, also examined the macaques’ brains.

The researchers found that the macaques’ blood, CSF, and brains showed changes mirroring changes that occur in humans with Alzheimer’s. For example, abnormally shaped tau had spread to different areas of the brain, and there were signs of inflammation and loss of brain cells, which occur in the disease.

They note that their study did not test the macaques’ thinking or memory and suggest that future studies could determine whether macaques have changes in these functions that might be similar to the effects of human Alzheimer’s. In addition, this study used only female macaques 10 to 15 years old; this age range in human years is approximately 30 to 45. The researchers recommend studying macaques of both sexes and different ages, as well as studying macaques with conditions that can increase risk of Alzheimer’s, such as diabetes and high blood pressure.

This first study and report of a tau model for early Alzheimer’s in rhesus macaques demonstrates a way to mimic the disease, with changes appearing in the macaques’ brains within a few months. The researchers believe this method holds promise for testing potential new treatments for Alzheimer’s in a relatively short time frame.

These activities relate to NIH’s AD+ADRD Research Implementation Milestone 4.C, “Continue to develop animal models with higher predictive validity for use in preclinical drug development and to accelerate the discovery of translationally relevant disease mechanisms and treatment strategies.”