Treatment with either gantenerumab or solanezumab, two monoclonal antibodies, did not slow down cognitive decline in people who have a type of early-onset dementia called dominantly inherited Alzheimer’s disease (DIAD), according to a recent study. However, gantenerumab did reduce some biomarkers of the disease. The study, which was funded in part by NIA, was published in Nature Medicine on June 21. 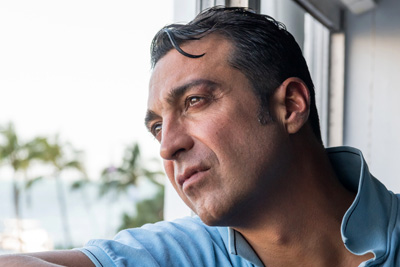 DIAD is a rare form of Alzheimer’s disease. It is an inherited condition caused by mutations in certain genes. People who have DIAD often start having symptoms of dementia, such as confusion and problems with memory, reasoning, and judgment, between the ages of 30 and 50. Currently, there is no treatment to prevent or slow down the disease. In the study, researchers led by a team at Washington University School of Medicine in St. Louis tested whether gantenerumab or solanezumab can effectively treat this condition. This study was conducted as part of the Dominantly Inherited Alzheimer Network Trials Unit (DIAN-TU).

The researchers enrolled participants who had gene mutations that cause DIAD. Some participants had mild symptoms of dementia, while others had no symptoms. Of the 144 participants enrolled in the clinical trial, 52 received gantenerumab, 52 received solanezumab, and 40 received a placebo. Participants were followed for up to seven years. Gantenerumab and solanezumab are monoclonal antibodies that target two different forms of a protein called beta-amyloid. In people with Alzheimer’s disease, beta-amyloid clumps together to form plaques in the brain. This prevents brain cells from working properly.

The researchers also tested whether either of the two drugs had an effect on known biomarkers of Alzheimer’s. Both drugs effectively hit their amyloid-beta targets. Gantenerumab reduced beta-amyloid plaques in the brain and lowered the levels of tau, a protein that forms tangles in the brain cells of people who have Alzheimer’s. Additionally, gantenerumab slowed down the accumulation of a protein called neurofilament light chain (NfL). High NfL levels are a sign of increased brain cell damage. Solanezumab showed effects on cerebral spinal fluid amyloid-beta but had no effect on beta-amyloid plaques. Tau levels were also not affected and NfL levels increased.

The researchers note that although this study was limited by a small sample size and a relatively short monitoring period, it presents an effective model for studying potential treatments for DIAD. In future DIAN-TU studies, the researchers plan to classify participants into smaller groups based on their disease stages for more accurate comparisons between participants who received treatments and the control group. They also plan to test higher doses of study drugs for longer periods to fully examine their efficacy in treating DIAD.