Research has shown that changes in certain genes can increase a person’s risk of developing Alzheimer’s disease (AD). The strongest known genetic risk factor for AD is a form of the apolipoprotein E (APOE) gene called APOE ɛ4. APOE helps carry cholesterol and other fats in the bloodstream, and problems in this process are thought to contribute to AD. NIA-supported researchers recently found that the level of APOE in the brain is dependent on the individual’s genetic ancestry surrounding the APOE gene. Led by a team at the University of Miami, these study results were published in Alzheimer’s & Dementia on Feb. 1. 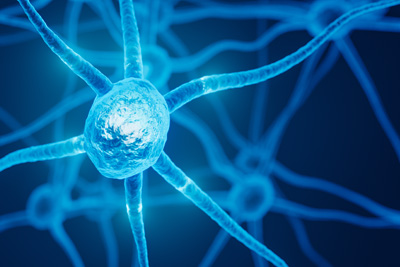 Everyone inherits two copies of the APOE gene, one from each biological parent. There are three forms, or variants, of APOE that have been shown to alter risk for AD: APOE ɛ2, APOE ɛ3, and APOE ɛ4. On average, people of European ancestry who inherit two copies of APOE ɛ4 have about 10 times the risk of AD compared with people who have only the other two variants. Interestingly, researchers have known for some time that carriers of APOE ɛ4 in African ancestry populations, such as Africans and African Americans, have a lower risk for developing AD than European carriers, while carriers of APOE ɛ4 from Asia have a much higher risk for AD from APOE ɛ4 than Europeans. Earlier studies by the University of Miami researchers in individuals who had both European and African ancestries found that it was the genetic ancestry surrounding the APOE gene that determined the risk, not the gene itself. That is, if a person inherited their APOE ɛ4 gene from their African ancestor, they had the African risk for AD; if they inherited it from their European ancestor, they had the European risk for AD. In the new study, researchers wanted to find out how the same gene variant can cause different levels of risk based on genetic ancestry.

The researchers tested whether genetic ancestry affects the expression of the APOE gene in the brain. They used a technique called single-nucleus RNA sequencing to measure how many APOE transcripts, or RNA copies of the gene, were in each individual cell in the brain. Because a gene’s transcripts have the instructions to make protein, this measurement gives an estimate of how much APOE protein is being produced in these cells. The researchers tested autopsy brain tissue samples from AD patients: four patients of African ancestry who had inherited APOE ɛ4 from African ancestors and seven non-Hispanic white patients who had inherited APOE ɛ4 from their European ancestors.

The authors note that they had a small sample size because autopsy brain samples from individuals of African ancestry with AD are scarce. They emphasize that to advance the field of Alzheimer’s research, it is important to encourage people from all ancestral backgrounds to participate in clinical and genetic research, including tissue donation. The study’s results could help researchers develop ways to block APOE ɛ4 activity to reduce the risk of AD in people who have this gene variant.