Xylena Reed is from Spokane, Washington. She earned her Bachelors of Science in Biochemistry from the University of Washington and a Ph.D. in Human Genetics from the Johns Hopkins University School of Medicine.

What motivated you to do your postdoctoral fellowship at NIA? 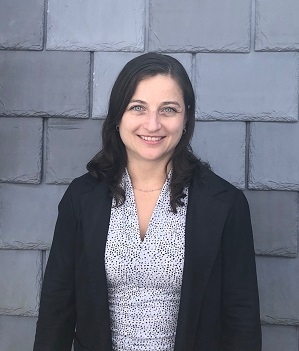 During graduate school, my project was based on identifying DNA regulatory elements, that are active in particular cell populations derived from the neural crest. I had always been very interested in studying neurodegeneration and my advisor had an interest in the midbrain. I tried to push my project closer to Parkinson’s disease. I did a lot of reading on both dopaminergic neuron development and genetics underlying Parkinson’s disease. The latter set of publications got me well acquainted with the work of NIA’s Laboratory of Neurogenetics (LNG). Towards the end of my Ph.D., I had the opportunity to attend a Wellcome Trust course that Mark Cookson helped organize.

What is your area of research focus and its impact?

As a functional geneticist, I am interested in understanding the molecular mechanisms that lead to complex diseases, specifically Parkinson’s disease (PD). Geneticists have identified over 90 genomic loci associated with sporadic Parkinson’s disease by Genome Wide Association Studies (GWAS), but there are very few examples where we know actual causal variant(s) does in the context of the cell. These studies are very complex since GWAS identifies variants that are often in large LD blocks and the functional human genome is folded in three-dimensional space so sequences that are far apart can still interact with one another. I try to narrow down these regions by identifying nearby genes that are expressed in a cell type of interest. Then, I will work on determining whether modifying that specific gene (either using knockdown or overexpression) affects a particular cellular phenotype that may be associated with disease.

I am also beginning a project that is working to identify expression Quantitative Trait Loci (e QTLs) within cell types of interest using RNA-seq or single Cell RNA- seq. The goal of this project is to investigate a particular mechanism that may play a role in the pathogenesis of sporadic PD. The identification of specific candidate genes and variants in sporadic PD is an important stepping stone to understanding the molecular mechanisms in underlying PD and discovering potential therapeutics.

Who or what has been the greatest influence in your career?

My grandmother was diagnosed with Alzheimer’s disease and dementia when I was in my teens. As I saw her condition worsen over the years, I wanted to understand why it was happening. This family connection has been hugely influential in my decision to pursue a career in research and specifically in neurodegeneration. My Ph.D. advisor at Johns Hopkins, who studies transcriptional regulation, has been a great influence on refining my research interests.

I am fascinated by the fact that every cell in our body has the same chromosomal DNA sequences but depending the sequences that are allowed to be accessible by the transcriptional machinery we end up with diverse cell types throughout our body.

What are your next career steps?

I have accepted a position as a Research Fellow to stay in the LNG for another three years. During these years, my projects will expand to include work in Alzheimer’s and related dementias in addition to my work on Parkinson’s disease. After that, I know that I will continue neurodegenerative whether I transition to faculty, industry, or government positions. My main goal is to do research that will help patients in the long run and to explore where I would be best suited to do that.

How do you incorporate wellness to achieve a healthy work life balance?

I like to stay very active outside of the lab. I bike, rock climb, kayak, and most frequently participate in functional fitness (Olympic- style weightlifting, cardio, and gymnastics type movements) classes at my local gym.

What advice do you have for postdocs at the NIA?

I highly recommend that postdocs advocate for themselves especially while attending conferences and consortia meetings. Having the opportunity to attend conferences has allowed me to meet and interact with many scientists around the world.