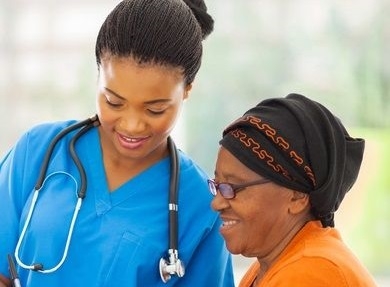 A new study funded by NIA points to differences in some biological markers underlying Alzheimer’s disease in African Americans and non-Hispanic whites. The results, published online Jan. 7 in JAMA Neurology, add to growing evidence of different biological mechanisms when considering race and Alzheimer’s. An accompanying editorial emphasizes that gathering biological data from African Americans is essential to furthering research in Alzheimer’s health disparities.

It’s been difficult to explain why Alzheimer’s disproportionately affects African Americans, in part because they are under-represented in studies of dementia. The new study from researchers at Washington University School of Medicine, St. Louis, looked at biomarkers, using the largest set of fluid biomarker data from African Americans to date, collected for more than a decade.

The researchers analyzed biomarker data for 1,255 participants (average age, 70), including 173 African Americans, who had enrolled in studies at the Washington University’s Knight Alzheimer’s Disease Research Center. In each racial group, 67 percent of participants had normal cognition, and the rest were mildly impaired. All had undergone at least one Alzheimer’s biomarker test, including brain scans to measure brain shrinkage and harmful forms of the amyloid protein, as well as lumbar punctures to collect cerebrospinal fluid (CSF), which reveals levels of amyloid and another protein, tau, indicating the disease processes.

Although there were no differences between African Americans and whites on some measures, including amyloid levels in the brain and CSF, other test results showed differences. Compared with whites, African Americans with a family history of dementia had a smaller hippocampus, a brain structure important for learning and memory.

Future studies of Alzheimer’s biomarkers in African Americans should consider the influence of other diseases and social factors such as discrimination and education, the researchers wrote. Also, because there are relatively few lumbar puncture results from African Americans, it would be helpful to combine data from several centers and projects to generate a larger sample, Dr. Barnes suggested.

To encourage aging researchers to explore racial and ethnic differences in aging-related outcomes, like Alzheimer’s disease, NIA developed the NIA Health Disparities Research Framework. Since 2015, NIA has awarded more than $100 million to explore the environmental, sociocultural, behavioral, and biological determinants of health disparities related to aging.