Sex differences can affect Alzheimer’s and other neurological disease outcomes. According to an NIA-supported study published in Nature Neuroscience, a small genetic molecule, called a microRNA, regulates some immune cell gene expression and the density of neurotoxic brain tangles in a sex-specific manner. 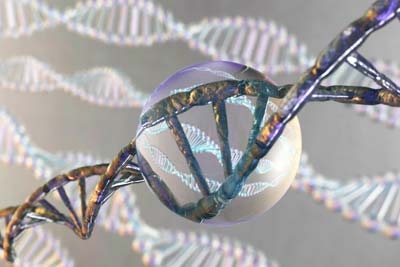 In Alzheimer’s disease, the protein tau clumps to form clumps of tangled fibers in the brain. Microglia — immune cells of the brain and spinal cord — are implicated in the accumulation of tau tangles in the brain. MicroRNAs regulate many of the genes in microglia. Led by researchers at Weill Cornell Medicine’s Appel Alzheimer’s Disease Research Institute in New York, the study was aimed at learning whether microglial miRNAs in mouse models regulate microglial gene expression and tau tangle pathology in a sex-specific manner.

Using a mouse model that had microglial miRNAs removed, the researchers found sex-dependent differences in both the density of tau tangles and microglial gene regulation. Specifically, in the absence of microglial miRNAs, male mice had a higher density of tau tangles than female mice. In addition, the male microglia had an increased expression of genes involved in inflammation and phagocytosis — a major mechanism to remove cell debris — as well as genes characteristic of disease-associated microglia (DAMs). The researchers proposed that these differences may be exacerbated by age and tau-related disease, because the DAM genes were not active in younger mice.

The study findings illuminate the role of microglial miRNAs as one of potential key contributors to sex-specific phenotypes observed in neurological diseases. Additional research is needed to further expand the understanding of microglial biology in the context of neurodegenerative diseases.

These activities relate to NIA’s AD+ADRD Research Implementation Milestone 2.D. “Create programs in basic, translational and clinical research aimed at comprehensive understanding of the impact of sex differences on the trajectories of brain aging and disease, phenotypes of AD and ADRD risk and responsiveness to treatment.”