Silent heart attacks—those that occur but are not detected—are a cause of increased risk for strokes, especially strokes of unknown origin that can baffle healthcare providers, according to an NIA-led study. A comparison of heart and brain imaging data from a longitudinal study of older adults in Iceland showed that while undetected heart attacks aren’t noticeable enough to send patients to the hospital, they can scar and damage heart tissue in ways that may raise the risk of a stroke. 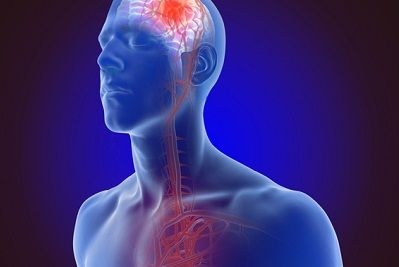 In a collaboration between NIA, NHLBI, Weill Cornell Medical College, and the Icelandic Heart Association, the research team analyzed data from the ICELAND MI study, an offshoot of the Age, Gene/Environment Susceptibility-Reykjavik Study (AGES) study that examines genetic and environmental risk factors for age-related disease and disability. Results were published in the May 20 issue of JAMA Neurology.

The team identified 930 study participants (average age, 75.9) who had undergone both cardiac and brain magnetic resonance imaging (MRI). The cardiac MRI imaging, which is more sensitive than standard echocardiograms, showed that 153 participants had experienced an undetected heart attack, or myocardial infarction, and 308 had cardiac MRI evidence of a cerebral infarction, or stroke. More than one-third (43.8 percent) of patients who showed signs of having had a silent heart attack also showed evidence of a stroke in their brain imaging.

These undetected heart attacks were closely associated with a type of stroke known as embolic stroke of undetermined source (ESUS). ESUS strokes account for one-third of all ischemic strokes, which are caused by loss of blood supply to the brain. They seem to be triggered by clots or other vascular debris in the body, possibly a byproduct of the cardiac scarring caused by undetected heart attacks. ESUS strokes make it more difficult to target the most effective prevention or treatment strategy.

While the scientists caution that the cross-sectional data make it difficult to pinpoint the timing of the infarctions, results provide strong evidence for unrecognized heart attacks as a new risk factor for strokes. They are planning future studies to explore how this connection could affect interventions targeting stroke recurrence and prevention.

This research was supported by the Intramural Research Program of NIA with additional support from the National Heart, Lung, and Blood Institute (NHLBI); and the Icelandic Heart Association.