Older African Americans with mild cognitive impairment (MCI) who got help setting goals to be more socially, physically, or cognitively active had slower memory decline than those who did not receive such help, concludes an NIA-funded study published Sept. 10 in JAMA Neurology. The results point to a possible way to reduce dementia risk in African Americans, who are more likely than whites to develop the condition.

Past studies suggest that a more active lifestyle may help prevent cognitive decline, but few of these studies have included African Americans. MCI—a condition in which people have more memory problems than normal for their age—often, but not always, leads to memory loss and other signs of dementia.

In the study by researchers at Thomas Jefferson University, Philadelphia, 221 African Americans age 65 and older with MCI (average age, 76 years; 79 percent female) were randomly assigned to 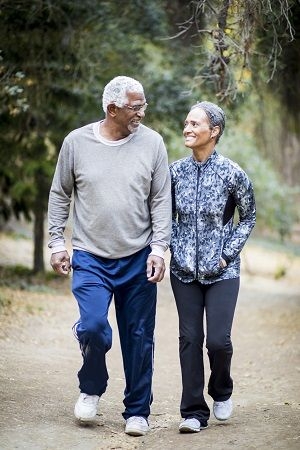 After 2 years, the behavioral-activation group participated in significantly more cognitive activities, the researchers found. There were no differences in physical or social activity levels. Both groups had memory decline, measured by performance on a standard memory test, but the behavioral-activation group declined by just 1.2 percent, compared with 9.3 percent for the control group. In addition, behavioral activation was associated with stable everyday function and improved executive function.

The study provides evidence that a behavioral intervention can slow memory decline in older African Americans at risk for dementia. Although several factors may influence cognitive decline in this population, it’s possible that planning a more active lifestyle could reduce the disparity in dementia risk between African Americans and whites.