Older adults who are less likely to detect scams may be at an increased risk for developing dementia, finds a new study from researchers supported by the National Institute on Aging. The study, led by Patricia Boyle at the Rush Alzheimer’s Disease Research Center in Chicago, was published April 16 in Annals of Internal Medicine. 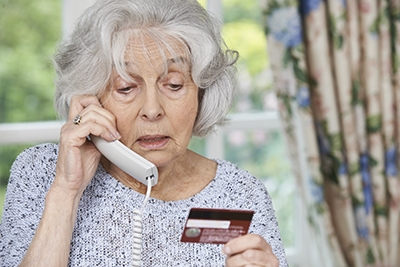 Scam awareness is a complex behavior that requires a variety of social cognitive abilities, including recognition that other people may have different intentions from yours, as well as awareness of others’ personality traits. The complexity of this behavior—particularly the need to integrate multiple abilities while managing a challenging social situation—may be the reason for its apparent status as an early harbinger of Alzheimer’s disease and mild cognitive impairment (MCI).

The researchers measured scam awareness in 935 older adults without dementia who were part of the ongoing Rush Memory and Aging Project using a questionnaire that assessed knowledge of deception tactics and willingness to engage in behaviors that result in scams. Each participant had annual clinical evaluations that included cognitive performance tests, medical history interviews, and in-person neurological examinations.

Researchers further found that in a subset of the participants who were deceased and had a brain autopsy performed, low scam awareness was related to a greater load of pathology associated with Alzheimer’s disease—beta-amyloid plaques and tau tangles. The researchers considered this finding to provide strong support for the conclusion that low scam awareness may, in part, be a consequence of accumulating Alzheimer’s pathology and therefore could be an important early sign of adverse cognitive outcomes.

Researchers caution that the measure used in this study cannot predict at the individual level whether a person who is susceptible to scams will develop Alzheimer’s disease or MCI. More research is needed to develop measures that can be used in clinical settings.

Problems managing money and with financial decision making in general may be among the first signs of Alzheimer’s disease. All older persons—even those without MCI or Alzheimer’s disease—could benefit from education on how to avoid scams and fraud and how to protect financial resources. If you or someone you know is being scammed, contact the Department of Justice – Fraud Section.