Two daily doses of the stimulant methylphenidate safely reduced measures of apathy for six months among adults with Alzheimer’s disease, according to an NIA-funded clinical trial. Results published in JAMA Neuroscience suggest this drug could provide modest but potentially significant benefit for people living with Alzheimer’s and their caregivers. 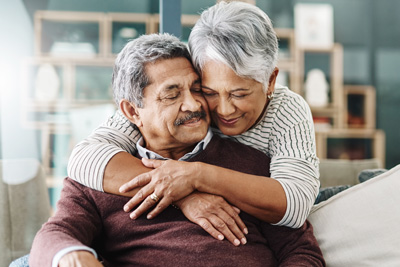 Apathy, a lack of interest or loss of motivation, is common among people with Alzheimer’s and is associated with increased medical costs, mortality, and caregiver burden. Methylphenidate, commonly known by the brand name Ritalin, is already approved by the Food and Drug Administration to control symptoms of attention deficit hyperactivity disorder and to treat certain sleep disorders. Two preliminary trials, including the NIA-funded Apathy in Dementia Methylphenidate Trial (ADMET), suggested the drug was safe and effective for treating apathy in Alzheimer’s. However, those trials had relatively small numbers of participants and short durations.

After six months, the participants taking methylphenidate had a greater decrease of apathy scores than those on placebo. Most of that decrease occurred within the first 100 days. Measures of cognition and quality of life were not significantly different between the two groups. While not statistically significant, an improvement on a measure of overall functioning and on measures of caregiver distress were associated with decreases in apathy, suggesting that managing apathy has practical benefits. The researchers found methylphenidate to be safe.

Some of the limitations of ADMET II were that participants were primarily white individuals, the trial did not include biomarkers to confirm an Alzheimer’s diagnosis, and the treatment duration was only six months, which might not be long enough to discover unwanted side effects or waning efficacy. However, a companion editorial by an NIA grantee noted that clinicians who have struggled to treat apathy among their patients living with Alzheimer’s may consider methylphenidate a safe and effective option.

These activities relate to NIH's Alzheimer's and Related Dementias Research Implementation Milestone 7.D, “Initiate early clinical development for at least 6 approved drugs or drug combinations for the treatment or prevention of AD and AD-related dementias.”

Fredericks C. Methylphenidate for apathy in Alzheimer disease—Why should we care? JAMA Neurology. 2021; doi:10.1001/jamaneurol.2021.2942. Online ahead of print.