Higher-than-normal levels of a type of tau protein were associated with a diagnosis of Alzheimer’s disease in a diverse group of participants, new research shows. The NIA-funded study used data from the Washington Heights-Inwood Columbia Aging Project (WHICAP) and was published in Alzheimer’s & Dementia. 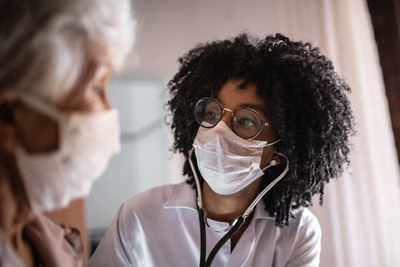 Two key hallmarks of Alzheimer’s disease are beta-amyloid protein plaques and tau protein tangles. They can both be seen in the brain postmortem and are also emerging as biomarkers during life. Buildup of these proteins can now be measured using positron emission tomography (PET) images and in cerebrospinal fluid. However, these methods are both invasive and expensive, and many potential research participants are wary of them. Given these significant concerns, researchers have been working to develop simpler and less expensive blood tests that could detect amyloid and tau buildup and allow for a more accurate diagnosis of Alzheimer’s.

There have been notable recent successes in developing such measures, but to create the best and most equitable blood tests, researchers must ensure that the biomarkers that they look for are indicative of Alzheimer’s in diverse populations. Although the situation is changing, most previous studies on indicators of Alzheimer’s in the blood involved samples from participants primarily of European ancestry and with little racial or ethnic diversity.

For this new study, a team led by researchers at Columbia University obtained brain autopsy data and blood plasma from 113 deceased individuals in WHICAP. This project is an NIA-funded community-based, long-term study of aging and dementia among elderly residents of northern Manhattan in New York City. More than half of this population self-identified as Hispanic or Black. The researchers also selected 300 living WHICAP participants with similar demographic information, who received testing, physical and neurological examinations, and provided blood samples at 18- to 24-month intervals. The researchers looked for trends in Alzheimer’s-related biomarkers, including plaques and tangles, to see whether these biomarkers were associated with a diagnosis of Alzheimer’s via autopsy or in the clinic.

The researchers note that the biomarkers in the study cannot be used to diagnose Alzheimer’s disease on their own. However, they may help physicians predict Alzheimer’s when combined with other techniques. Future studies on larger groups of participants will help confirm the results of this study and further explore the roles that race, ethnicity, and socioeconomic factors play in the development of Alzheimer’s.