Evidence from decades of animal and human research points to wide-ranging health benefits of intermittent fasting, according to an NIA-conducted review of the research, published in the New England Journal of Medicine. Still, more research is needed to determine whether intermittent fasting yields benefits or is even feasible for humans when practiced over the long term, such as for years. 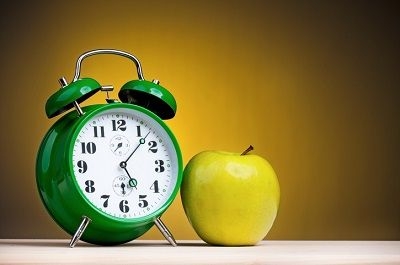 Intermittent fasting is an eating pattern that includes hours or days of no or minimal food consumption without deprivation of essential nutrients. Commonly studied regimens include alternate day fasting, 5:2 intermittent fasting (fasting two days each week), and daily time-restricted feeding (such as eating only during a six-hour window).

Hundreds of animal studies and scores of human clinical trials have shown that intermittent fasting can lead to improvements in health conditions such as obesity, diabetes, cardiovascular disease, cancers and neurological disorders. The evidence is less clear for lifespan effects. Animal studies have shown mixed results, with sex, food composition, age and genetics among the factors that influence longevity. Human trials have mainly involved relatively short-term interventions and so have not provided evidence of long-term health effects, including effects on lifespan.

Although intermittent fasting often results in reduced calorie consumption, weight loss is not the main driver of the health benefits observed in preclinical and clinical studies, according to the authors. Rather, the key mechanism is metabolic switching, in which fasting triggers the body to switch its source of energy from glucose stored in the liver to ketones, which are stored in fat.

“Ketone bodies are not just fuel used during periods of fasting,” the authors wrote. “They are potent signaling molecules with major effects on cell and organ functions.”

Ketogenesis, or the increase of ketones in the bloodstream, initiates activity in a variety of cellular signaling pathways known to influence health and aging. This activity enhances the body’s defenses against oxidative and metabolic stress and initiates the removal or repair of damaged molecules. The impact of ketogenesis carries over into the non-fasting period and can improve glucose regulation, increase stress resistance and suppress inflammation.

“Repeated exposure to fasting periods results in lasting adaptive responses that confer resistance to subsequent challenges,” the authors explain. The “broad-spectrum benefits” include not only disease resistance but also improved mental and physical performance.

The authors acknowledge impediments to widespread adoption of intermittent fasting: the ingrained practice in developed nations of three meals a day plus snacks (along with the ready availability and marketing of food), the discipline required to shift to a new eating pattern and the lack of physician training on intermittent fasting interventions. The authors suggest that clinicians who prescribe intermittent fasting encourage their patients to adopt a gradual, phased-in schedule in consultation with a dietitian or nutritionist.

In addition to the question of intermittent fasting’s long-term effects in humans, the authors point to two other areas requiring further research. Studies are needed to determine whether this eating pattern is safe for people at a healthy weight, or who are younger or older, since most clinical research so far has been conducted on overweight and middle-aged adults. In addition, research is needed to identify safe, effective medications that mimic the effects of intermittent fasting without the need to substantially change eating habits.

This review article and many of the research studies cited within were supported by NIA.