A data-driven analysis method aimed at speeding up testing of potential Alzheimer’s disease therapies identified two existing cancer drugs, one FDA-approved and another still experimental, as having promise for being repurposed for Alzheimer’s disease. The study also identified interesting connections between brain protein alterations in young individuals who carried the APOE4 gene and those of older study participants who had Alzheimer’s disease. 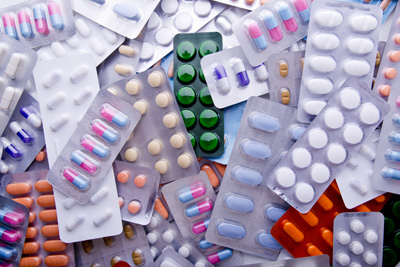 The findings by a team of NIA-supported researchers led by the NIA Intramural Research Program were published in Science Advances.

While scientists have been studying how the APOE4 gene increases risk for Alzheimer’s disease for decades, they still are unsure how the associated increased disease risk might manifest. In recent years, however, researchers have focused on related protein changes earlier in life. In the current study, researchers compared autopsy brain samples from young study participants who were APOE4 carriers (average age at death was 39 years) with samples from older participants who had Alzheimer’s disease (average age at death was 89 years). The analyses included brain samples from the Baltimore Longitudinal Study of Aging, the Religious Orders Study, and other NIA-funded studies.

They identified differences in protein levels that intersected in different directions — higher in the young APOE4 carriers and lower in the older participants with Alzheimer's disease. Their findings confirmed that APOE4-related protein alterations in the brain occur decades before Alzheimer’s disease symptoms become apparent.

Using cell culture models, the investigators then found that two compounds — Dasatinib, an already FDA-approved treatment for chronic myeloid leukemia and a still-experimental drug for liver cancer — affected those proteins, suggesting that they could be potential Alzheimer’s therapies. The two drugs reduced neuroinflammation and the development of amyloid plaques and tau tangles, two known hallmarks of Alzheimer’s disease, underscoring their potential as candidates to be tested in clinical trials.

These findings add to evidence from another recent study showing the value of this kind of data-driven approach to drug repurposing research. The goal is that by using drugs that are either already FDA-approved or have been safety tested in clinical trials, the timeline for testing their efficacy against Alzheimer’s disease could be decreased. For future studies, the researchers aim to design more experiments to confirm their findings and validate other drugs in animal models over a longer period of time.