A drug combination helped clear out special types of protective brain stem cells that were malfunctioning, adding a new tactic to Alzheimer’s researchers’ toolbox, according to a recent NIA-supported study in a mouse model of the disease. The findings were published in the April 1 issue of Nature Neuroscience. 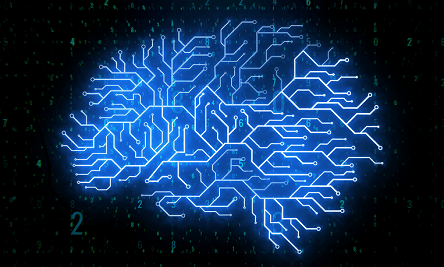 The team targeted a type of brain stem cell—oligodendrocyte progenitor cells (OPCs)—that in a healthy brain provide a protective layer to help in natural healing and waste removal cycles. As Alzheimer’s-related amyloid plaque buildups get close to healthy OPCs, the insulative cells stop dividing—a process known as senescence—and have breakdowns in their normal helpful functions. As the disease progresses, the senescent OPCs don’t die, but instead go rogue and send inflammatory signals to neighboring cells and escalate the cascade of damage to surrounding neural tissue.

Cell senescence is a developing field in Alzheimer’s research. External tissues like skin have been studied previously, showing that age-related senescent cell buildup leads to wrinkled, less resilient flesh. The researchers in this study aimed to selectively remove the senescent, malfunctioning OPCs as a way to slow down the progression of dementia pathology in the brain.

They settled on a previously developed combination of the anti-cancer drug dasatinib (D) and the natural compound quercetin (Q), found in many fruits and vegetables. These and similar drugs that clear senescent cells are known as senolytics. They treated mice genetically altered to mimic some Alzheimer’s traits with the D&Q combination over a 9-day period, then examined their brains. The mice receiving D&Q showed similar amyloid damage to their untreated peers, but the drugs had reduced the number of senescent OPCs around their brain plaques by over 90 percent, effectively purging the rogue cells.

Next, the team gave a different group of mice a weekly dose of D&Q for nearly 3 months, testing their cognitive functions along the way. After 11 weeks, D&Q-treated mice solved a maze test in half the time and showed about half the brain cell inflammation as controls.

The scientists see this as an interesting step forward for the potential of anti-senescent treatments for dementia. While they caution that mouse models of Alzheimer’s don’t translate directly to humans, the work adds OPCs to a growing list of cells including neurons, microglia, and astrocytes, that experience senescence as part of the disease and are now targets of new therapeutic explorations.

This research was supported by the Intramural Research Programs of the NIA and the National Institute on Drug Abuse, and by an NIA grant supporting the University of Kentucky Alzheimer’s Disease Research Center (P30-AG0-2838).

These activities relate to NIA’s AD+ADRD Research Implementation Milestone 2.H, "Continue to support cross-disciplinary research to discover and understand disease mechanisms that are common between AD and other neurodegenerative disorders including rare disorders and leverage these for therapy development."