Using new technologies to explore the entire genome of a human neuron, a research team has identified the PSAP gene as important for the cell’s survival and discovered the complex biological mechanism explaining the gene’s function. The findings appeared recently in Nature Neuroscience. 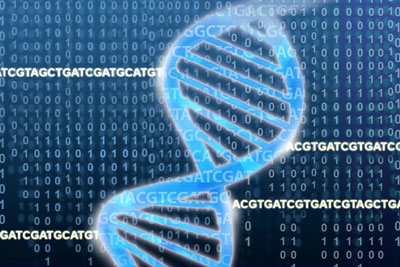 Analyzing gene changes can provide new insights into the causes of brain diseases. Using CRISPR, the gene-editing tool, a team led by researchers at the University of California (UC) San Francisco, in collaboration with UC Berkeley; Data Tecnica International; and, NIH's Center for Alzheimer’s and Related Dementias, turned each of the 20,000 genes in a neuron off or on to observe the consequences.

After creating inventories of all the genes in a neuron, the team hunted for genes important for a neuron’s survival. They set out to study genes needed in environments of oxidative stress, which can trigger cell damage and lead to cell death. Previous studies have shown that the brains of people with Alzheimer’s and related dementias may have signs of oxidative stress.

To create oxidative stress in the lab, the team left out helpful antioxidants from the growth medium for the human neurons. This change in the growth medium enabled a comparison of which genes were linked to survival. After comparing many genes and gene products, the PSAP gene caught the team’s attention. The PSAP gene codes for the prosaposin (PSAP) protein.

Next, the team set out to learn the underlying mechanism of the PSAP gene. Turning off the PSAP gene set off a cascade of events that eventually led to a hallmark of aging — a collection of tiny grains of pigment called lipofuscin. Lipofuscin granules, which naturally collect in neurons over decades, have been linked to certain brain diseases.

The team also observed that without PSAP protein in the oxidative stress environment, the resulting cascade of events triggered a mechanism causing cell death. After establishing each step in the biological mechanism, the team concluded that the PSAP gene is important for neuron survival during oxidative stress.

State-of-the-art technologies like CRISPR are enabling these and other scientific discoveries to transform the pace of research. The large inventories of data from this project provide rich fodder for countless future experiments, and many more disease-linked genes remain to be explored.

Other researchers are encouraged to add their functional genomics datasets to the portal. The goal of this joint initiative is to organize and standardize results from many research groups.

Future work with neurons derived from people with specific brain diseases, such as Parkinson’s or Alzheimer’s, and their disease-associated genetic variants could lead to the discovery of important genetic pathways and, in turn, potential treatment strategies.

This project was supported in part by NIH's Intramural Research Program’s Center for Alzheimer’s and Related Dementias under NIA ZO1AG000534, and by NIA grant R01AG062359.