While the number of first-time prescriptions for opioids has dropped substantially in response to the opioid crisis, some medical providers prescribe the medications at higher doses and durations than recommended, a new study finds. At the same time, some patients who need pain control may not be getting the safe amount of opioids they need. 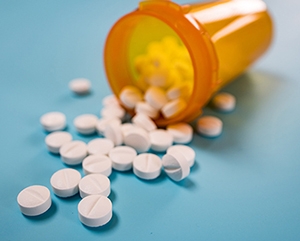 The study, published March 14 in the New England Journal of Medicine and supported in part by NIA, examined opioid prescriptions from July 2012 through December 2017 for commercially insured patients, age 25 to 64, who had not been prescribed opioids in the previous 6 months. Using national claims data for 63.8 million patients, researchers from Harvard Medical School, RAND, and Brigham and Women’s Hospital, Boston, found that the monthly rate at which people were first prescribed an opioid fell 54 percent, from 1.63 percent to 0.75 percent—indicating that many providers have changed their behavior during the opioid crisis.

However, “high-risk” prescriptions—in doses or durations above those recommended by the Centers for Disease Control and Prevention (CDC)—remain a concern. Among the nearly 11 million prescriptions for patients new to opioids during the study period, the overall rate of high-risk prescriptions decreased. But 57 percent of initial prescriptions were for 3 or more days’ supply, and 16 percent were for more than 7 days, the study found, increasing patients’ risk of long-term opioid use, misuse, and overdose. The CDC’s 2016 guidelines say that a 3-day supply for new patients is typically enough, and 7 days is rarely needed.

A total of 22 percent of initial prescriptions were above the CDC’s recommended limit of 50 morphine milligram equivalents (MME) per day, equivalent to 10 tablets of 5-mg hydrocodone daily, the researchers found. Nearly 5 percent of doses were for 90 MME or more, which the CDC notes are rarely, if ever, needed for chronic pain.

At the same time, some providers stopped prescribing opioids at all to patients, meaning some patients may not be getting needed pain control, the researchers found. There was a 29 percent decrease in the number of providers who started opioid therapy for patients who had not had it, from 114,043 providers in July 2012 to 80,462 in December 2017.

The authors noted that, based on claims data, they could not know patients’ severity of pain, and that prescriptions that deviate from the CDC guidelines are not necessarily medically inappropriate. Also, it’s possible that not all prescriptions were filled or taken completely.

The study helps explain providers’ role in the opioid crisis, the authors concluded. Understanding better the circumstances for high-dose and long-duration prescriptions will help inform policies that “strike a balance between preserving access to pain control when needed and mitigating the risk of inappropriate use,” they wrote.