People with dementia and their families disproportionally handle costs of care

People with dementia experience significantly higher costs of care compared to those without dementia, and the burden of those higher costs falls disproportionately on people with dementia and their families, according to a recent NIA-funded study. Further, the financial expenditures shouldered by families was higher for people with dementia who lived in the community rather than in a residential facility such as a nursing home, according to the study, which used data from the NIA-funded Health and Retirement Study (HRS), a nationally representative longitudinal study of adults age 50 and older in the U.S. The research was published in the Journal of the American Geriatrics Society. 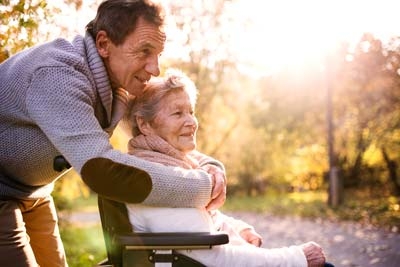 Researchers from Icahn School of Medicine at Mount Sinai, James J. Peters VA Medical Center, the University of California, Los Angeles, the Dartmouth Institute for Health Policy and Clinical Practice at the Geisel School of Medicine at Dartmouth, and Dartmouth College, studied a subset of individuals from the HRS (2,909 decedents aged 72 years or older at death from 2004 to 2015) who had continuous fee-for-service Medicare parts A and B coverage in the seven years before death. Over the study period, the researchers calculated cost of care either covered by insurance (Medicare and Medicaid) or covered by the family (out-of-pocket medical care costs and estimated cost of informal care provided by family members). Costs were compared over time, by dementia status, and by residential status.

The researchers point out limitations to interpreting the data in this study. For example, they note that the study data did not include direct measures of cost of care for those covered by private insurance and does not capture those covered by Medicare Advantage. Also, the estimates of informal care do not account for the lost wages of caregivers. However, the authors note that the findings demonstrate some of the disparities in care needs that fall to the families of people with dementia compared to those without, and suggest further research to explore financial burden and its impact on families and caregivers as well as the quality of care.

This research was supported in part by NIA grant R01AG054540. The Health and Retirement Study was sponsored by NIA grant U01AG009740.

These activities relate to NIA's AD+ADRD Research Implementation Milestones 1.I. “Assess epidemiology and mechanistic pathways of disparities in health burden of AD/ADRD” and 13.D. “Support secondary analysis of data from population based and intervention studies with appropriate content related to informal and formal caregiving.”