Dopamine-producing neurons are essential for motor skill learning in a mouse model of Parkinson’s disease, according to a new study from the NIA Intramural Research Program (IRP). Findings were published July 30 in Cell Reports by a team of researchers from the Laboratory of Neurogenetics in the NIA IRP. 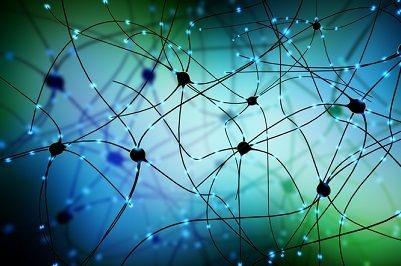 Parkinson’s disease (PD) causes shaking and stiffness, and leads to difficulty with walking, balance, and coordination. Some of the nerve cells most affected by PD are those responsible for producing and transmitting the neurotransmitter dopamine, vital for controlling complex body movements. Dopamine-replacement therapy is a common treatment for PD-related movement issues like tremor and slowness of movement but is less effective in treating postural instability and gait disability, which are related to motor learning decline.

In the study, the NIA IRP researchers focused on a small group of neurons and their role in motor skill acquisition in late-stage Parkinson’s. In a PD mouse model, scientists targeted dehydrogenase 1A1-positive (ALDH1A1+) nigrostriatal dopaminergic neurons (nDANs)—the dopamine-producing brain cells that experience the most loss in PD, causing severe impairments in motor skill learning and modest reduction in high-speed walking. The researchers next produced a detailed map of ALDH1A1+ nDANs neuronal networks in the rodent brain.

They then selectively removed these neurons in mice to mimic the pattern of brain cell loss in late-stage PD. The team used a rotarod test—in which the mice must learn to balance and walk on a rod that constantly rotates like a treadmill—to evaluate motor skill learning. The ALDH1A1+ nDANs knockout mice lost the ability to learn new motor skills.

The findings suggest that motor skill learning requires dynamic neural network activity orchestrated by ALDH1A1+ nDANs. They point toward the potential need for specialized physical and occupational therapy, in addition to dopamine-replacement, to help rebuild motor learning neural circuits in people with PD. Future studies will be necessary to better understand how these specific neurons regulate motor skill learning at both the cellular and circuit levels.