A recent NIA-supported study published in the International Journal of Epidemiology suggests that obesity may be associated with an increased risk for developing dementia. Obesity, like cardiovascular disease and stroke, is a modifiable risk factor for dementia since it generally can be countered through lifestyle changes such as diet and exercise. 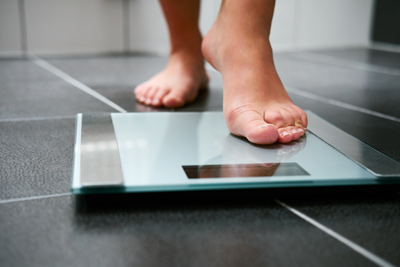 For the study, researchers at University College London analyzed a group of participants from the English Longitudinal Study of Ageing (ELSA) who were at least 50 years old when enrolled in the study. Baseline measurements, including body mass index (BMI) and waist circumference, were collected when the participants enrolled. The participants were followed up on average 11 years later to determine whether they had developed dementia.

The researchers found that participants who had a BMI corresponding with overweight or obese were more likely to develop dementia. This outcome supports previous studies that indicate obesity is a risk factor. The research team also found that abdominal obesity, associated with high waist circumference, at baseline is a risk factor that affects women more than men. In addition, the study found that the association between obesity and dementia was independent of whether a person was a smoker, had hypertension or diabetes, or carried the APOE ε4 gene, a genetic risk factor for Alzheimer’s disease and related dementias.

Obesity continues to be a major public health issue across the world, so further study could help determine whether early interventions and lifestyle changes could reduce dementia risk. There is also a need to understand the mechanism by which obesity increases the risk for dementia, such as through inflammation or genetic factors. Subsequent studies should involve frequent check-ins to monitor the development of dementia and potentially find common symptoms or factors among obese participants.