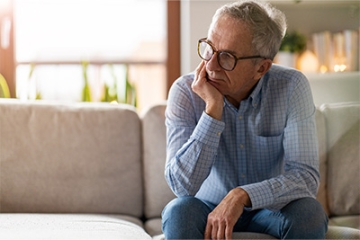 Computational methods have suggested that a class of existing drugs called phosphodiesterase-5 (PDE5) inhibitors might be used to treat AD. These drugs include sildenafil (Viagra) and tadalafil (Cialis). Both are approved for treating erectile dysfunction and pulmonary arterial hypertension, a type of high blood pressure that affects the arteries in the lungs and heart.

Among those searching for existing drugs that could treat AD is a team of researchers at NIH’s National Institute on Aging (NIA) led by Dr. Madhav Thambisetty. In their new study, the team sought to verify the earlier findings on PDE5 inhibitors. Their results appeared in Brain Communications on Oct. 4, 2022.

Both studies examined insurance claims data from Medicare beneficiaries but took different approaches. The earlier study compared people who took sildenafil for any reason to those who did not. Since most people tend to take sildenafil for erectile dysfunction, this approach might have created differences between the people in the two groups that couldn’t be corrected based on the information in medical claims.

In contrast, the current study focused on people with pulmonary arterial hypertension. The researchers compared the incidence of AD and related dementias among those treated for the condition with sildenafil or tadalafil versus those treated with a different class of drugs. This made the two comparison groups more likely to have people with similar characteristics. The study included data on more than 13,000 people.

The team did not find any significant difference in AD and related dementia risk between the two treatment groups. The researchers analyzed the data four different ways to address various possible biases in the data. None of these analyses found a significant effect of PDE5 inhibitor treatment on the risk of Alzheimer’s or related dementias.

The researchers also examined the effect of sildenafil on a range of molecular features associated with AD in cell cultures. Although sildenafil had a modest anti-inflammatory effect, no protective effects were observed on any other outcomes tested.

The results do not support the use of PDE5 inhibitors such as sildenafil for AD treatment. This is in contrast to the earlier findings. The authors of the new study attribute the discrepancy mainly to differences in the design of the two studies, particularly in the selection of the treatment and control groups.

“The combination of routinely collected health care data with experimental studies to test potential drug repurposing in Alzheimer’s disease is a powerful approach,” Thambisetty says. “It can help us discover promising drugs to test in rigorous clinical trials.”