Antibody drugs that target a protein called beta-amyloid may slightly improve memory and thinking in people with Alzheimer’s disease. While these drugs substantially reduce beta-amyloid plaques in the brain, they also raise the risk of certain brain abnormalities, according to an NIA-supported study published in Ageing Research Reviews, July 2021. 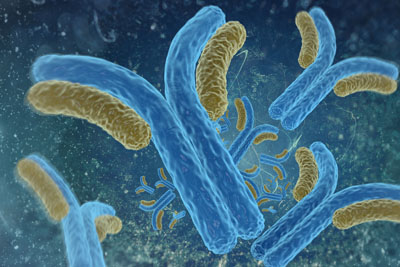 In people living with Alzheimer’s, beta-amyloid clumps together to form plaques in their brains. It is believed that these plaques and smaller beta-amyloid particles surrounding them, among many other abnormalities, prevent brain cells from functioning properly. Through various and separate Phase 3 clinical trials, researchers are testing whether various antibodies that bind to beta-amyloid can reduce plaques and effectively treat Alzheimer’s.

To obtain a more comprehensive understanding of the efficacy of these drugs, NIA scientists synthesized (a way of comprehensively analyzing data from many individual studies) the results from all Phase 3 clinical trials testing beta-amyloid antibodies for treating Alzheimer’s, using a methodology called meta-analysis. They conducted an in-depth search of major biomedical science publication databases, unpublished clinical trial reports, and presentations from scientific meetings. They included and analyzed together data from 17 clinical trials with a total of 12,585 participants and analyzed the results of trials for the drugs aducanumab, bapineuzumab, crenezumab, gantenerumab, and solanezumab.

The clinical trials assessed participants’ thinking, memory, and performance of daily activities. The trials also measured beta-amyloid plaques in the brain and levels of a protein called tau, which forms tangles in the brain cells of people with Alzheimer’s, in the participants’ cerebrospinal fluid. To assess whether the antibodies against beta-amyloid caused any brain abnormalities, the trials measured amyloid-related imaging abnormalities (ARIA), which are linked to abnormal fluid buildup or even bleeding in the brain.

When the NIA scientists combined results of individual trials in a meta-analysis, they found that antibodies against beta-amyloid in general caused a small but statistically significant improvement in memory and thinking, and a slight improvement in day-to-day function (at least, for some measures examined). The antibodies also helped reduce beta-amyloid plaques as seen on positron emission tomography (PET) scans and prevented the brain shrinkage that is common in people with Alzheimer’s. However, the antibodies significantly increased the risk of ARIA.

The NIA scientists also examined how each antibody affected these measures separately. Analyzing all available data for aducanumab showed that it slightly improved memory and thinking, and noticeably reduced beta-amyloid plaques. Solanezumab caused a slight improvement in cognitive function but did not reduce beta-amyloid plaques. Bapineuzumab, crenezumab, and gantenerumab did not improve cognitive function or reduce beta-amyloid plaques. Aducanumab, bapineuzumab, and gantenerumab lowered tau cerebrospinal fluid levels, with the caveat that tau levels were not measured in participants who were given crenezumab or solanezumab (or data were not available). Results from brain imaging showed that aducanumab, bapineuzumab, and gantenerumab raised the risk of ARIA, while solanezumab did not. Data on ARIA risk with use of crenezumab were not available.

The NIA study results suggest that drugs that reduce beta-amyloid plaques may help slightly improve brain function and might be treatment options that are somewhat effective for Alzheimer’s, although the degree of effectiveness demonstrated is not large. The findings provide valuable, comprehensive information to help researchers further investigate the value of using beta-amyloid antibodies to treat the disease.

This research was funded through NIA's Intramural Research Program through grants Z99AG999999 and ZIAAG000975.